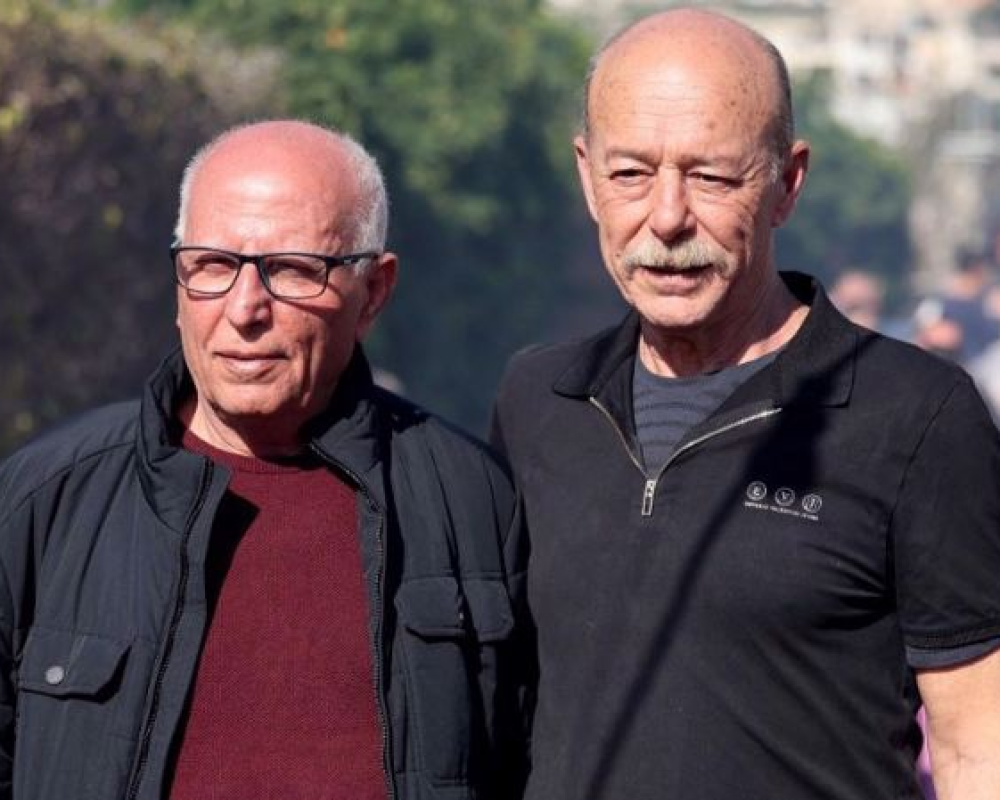 Palestinian prisoner Maher Younis has been released after forty years in Israeli jails for resistance against occupation forces.

Maher, 65, along with several others including his cousin, Karim Younis, was put behind bars in 1983 on charges of capturing and killing an Israeli soldier three years earlier.

Maher was initially sentenced to death, but his sentence was reduced to 40 years in jail. He was ultimately released on Thursday, two weeks after Karim.

In his hometown of Arara, Maher was warmly welcomed despite Israel’s decision to ban any gathering around his house. His mother showered him with petals and adorned him with a traditional white gown, a necklace of red flowers, and a ring, which belonged to his father, who died in 2008.

“The best gift is to see our people walk on the path of reconciliation, and to live in freedom, as there was hope, after 40 years, to live in the homeland freely,” he said.

“The attempts of the [Israeli] occupation and its policy of diverting our joy will not succeed. Although there is a policy of arrogance, they will not prevent our joy. Palestine is implanted in our hearts and its flag is drawn in the hearts, and any attempts to remove it from us will not succeed,” added the former prisoner.

The Palestinian Prisoner’s Society (PPS) said in a statement that Mohammad al-Tous, who has been incarcerated since 1985, has become the longest-serving Palestinian freedom fighter in Israeli jails after the release of Karim and Maher.

According to the statement, carried by WAFA news agency, 10 other Palestinians who were arrested before the Oslo accords and were released during prisoner exchange deals have been re-arrested by the occupation forces with their sentences being re-instated.

The PPS said over 340 Palestinian freedom fighters have spent more than 20 years in Israeli jails.

here are reportedly more than 7,000 Palestinians held in Israeli jails. Hundreds of them have been incarcerated under the practice of “administrative detention,” under which some prisoners have been held without a charge for up to 11 years.

Palestinians and human rights groups say the detention policy violates the right to due process since the evidence is withheld from prisoners while they are held for lengthy periods without being charged, tried, or convicted.

The detention takes place on orders from a military commander and on the basis of what the Israeli regime describes as secret evidence.

Human rights organizations have condemned the so-called administrative detention as a “cruel, unjust practice” which helps maintain “Israel’s system of apartheid” against Palestinians.

Palestinian detainees have continuously resorted to open-ended hunger strikes in an attempt to express outrage at the detentions. Israeli jail authorities keep Palestinian prisoners under deplorable conditions without proper hygienic standards. Palestinian inmates have also been subject to systematic torture, harassment, and repression.