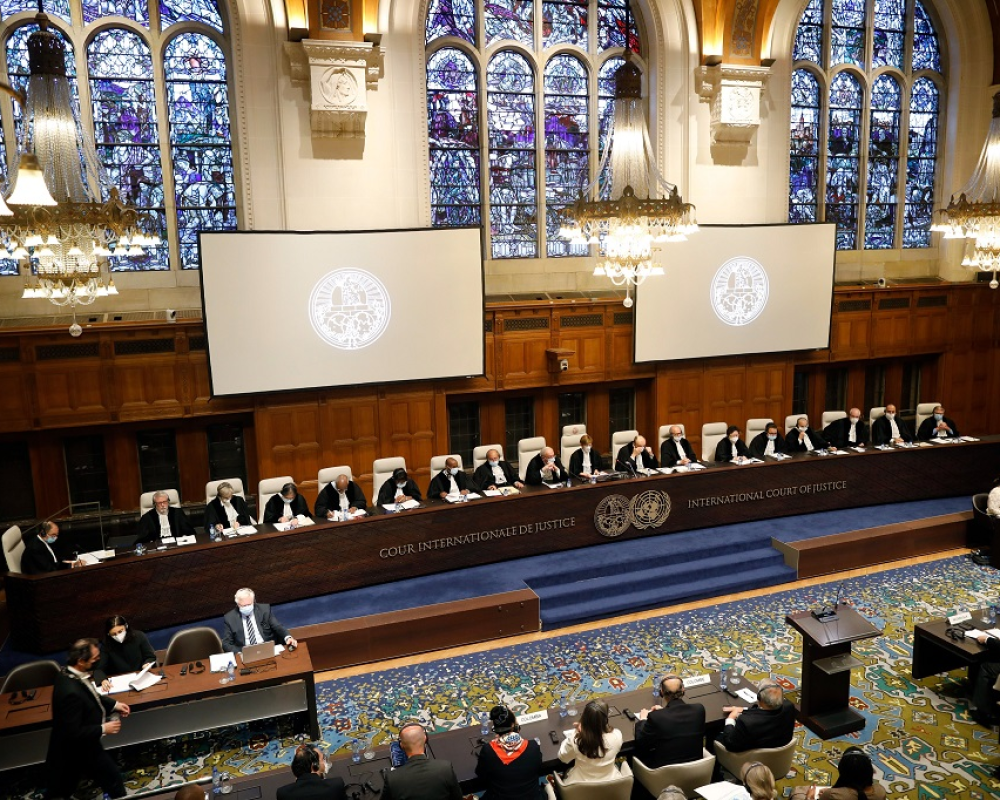 The International Court of Justice confirmed today it had officially received a request from the UN General Assembly to issue an advisory opinion on the legal consequences of the Israeli occupation of the Palestinian territories.

The Hague-based Court said in a statement, "The request was transferred to the ICJ through a letter sent by the Secretary-General of the United Nations, Antonio Guterres, on January 17, and the request was registered yesterday, Thursday."

On December 30, the UN General Assembly adopted by majority the draft "Resolution Israeli Practices Affecting the Human Rights of the Palestinian People in the oPt, including East Jerusalem".

The draft resolution demands an advisory opinion from the ICJ on the legal consequences of Israel's "occupation, settlement and annexation ... including measures aimed at altering the demographic composition, character and status of the Holy City of Jerusalem."

The UN draft resolution also asks the ICJ to advise on how those policies and practices "affect the legal status of the occupation" and what legal consequences arise for all countries and the United Nations from this status.

The ICJ is expected to draw up a list of states and organisations that will be able to file written statements, but the press release gave no further information about a timeline for that process. In previous advisory opinions the court also scheduled hearings but it is likely to take at least several months before they can be scheduled.

The Hague-based ICJ is the top UN court dealing with disputes between states. Its rulings are binding, though the ICJ has no power to enforce them.

For its part Palestinian Ministry of Foreign Affairs and Expatriates today called on countries to submit their legal depositions to the International Court of Justice (ICJ) on the legality of the Israeli colonial occupation of Palestinian land and its impact on all rights.

The Foreign Ministry confirmed in a statement that it has received an official letter from the Registrar of the International Court of Justice, Philippe Gautier, informing the State of Palestine and the countries requested to appear before the Court that the JCJ’s registry had officially received the referral of United Nations General Assembly Resolution No. (247/77) issued on December 30, which requests an advisory opinion from the Court on the nature of the long-term Israeli occupation and the duties of the international community in this regard.

It said that the road to issuing a legal ruling on the nature of the Israeli occupation has begun and this requires concerted national, regional and international efforts to achieve justice.

The ministry said the procedures for issuing an advisory opinion are moving in their normal way and based on the legal standards of the ICJ.

Palestinian shot and killed by Israeli settlers near Ramallah