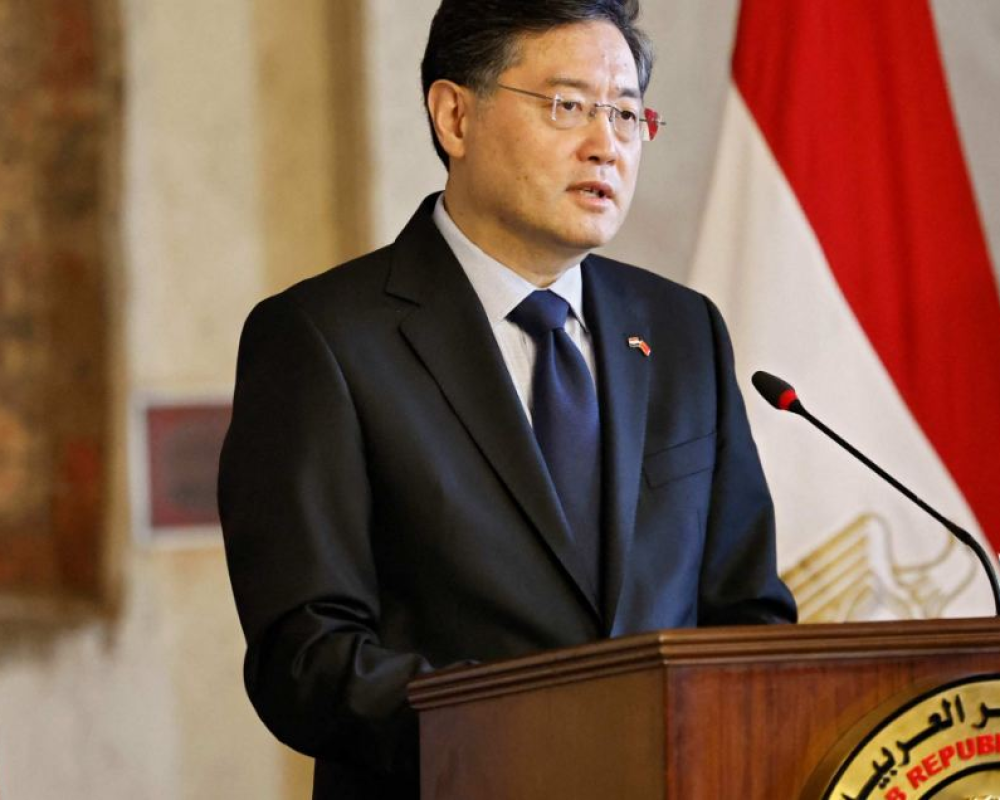 On 15 January, China’s Foreign Minister, Qin Gang, pleaded with Israel to cease its “incitement” towards Palestinians to prevent any escalation, according to Al-Mayadeen news.

In a joint press conference with his Egyptian counterpart Sameh Shoukry in Cairo, the Chinese minister called out the injustice inflicted upon Palestinians and urged the international community to adhere to the development of the two-state solution, make efforts to expand humanitarian aid, and find a just and urgent solution to the conflict.

Qin Gang emphasized the significance of “maintaining the historic status quo” in Jerusalem, referring to the recent storming of Al-Aqsa Mosque initiated by Itamar Ben-Gvir, Israel’s Minister of National Security.

However, on the same day the Chinese diplomat expressed concern about the tense situation, 292 Israeli settlers invaded the Al-Aqsa Mosque in the occupied city of Jerusalem while being protected by Israeli police, according to WAFA news agency.

The Jewish settlers raided the Islamic holy site through the Al-Maghariba Gate and carried out Talmudic ceremonies inside the Sanctuary Yards.

Palestinian worshipers and Al-Aqsa Mosque guards “feel uneasy with the presence of Israeli police and settlers touring the Islamic holy site,” according to the Islamic Waqf, which has frequently called the settlers’ presence in the mosque “provocative.”

Meanwhile, since the beginning of 2023, Israeli occupation troops have killed 13 Palestinians in two weeks due to several raids and confrontations across the occupied West Bank.

According to the Palestinian Ministry of Health, Israeli forces killed at least 170 Palestinians in the West Bank and occupied East Jerusalem in 2022, including more than 30 children. At least 9,000 others have been injured, which resulted in 2022 being the deadliest year for Palestinians since 2005, according to a UN report.

In 2022, Israeli settlers launched more aggressive and organized attacks against Palestinians in the West Bank.

At least 250 illegal Israeli settlements located throughout the West Bank and East Jerusalem are home to between 600,000 and 750,000 Israeli residents, according to WAFA.

Resistance is already strongly on the rise and is anticipated to soar even more, particularly in the West Bank, as the Jerusalem “status quo” continues to be threatened and Palestinians are subjected to Israeli violence at an unprecedented rate.