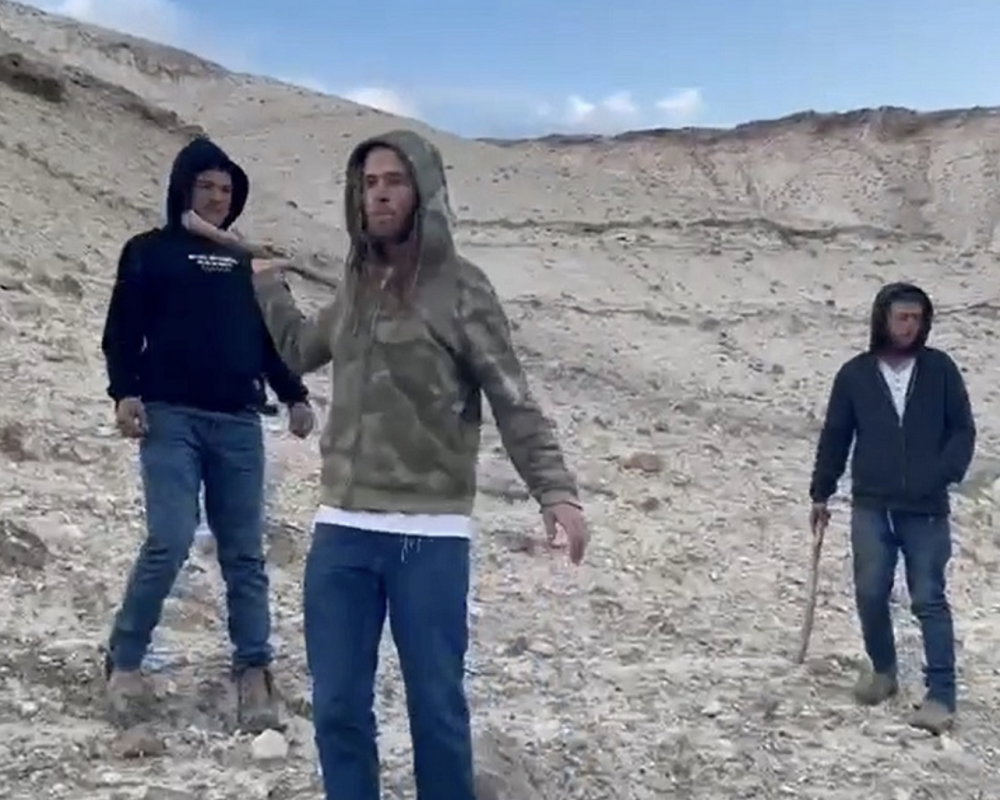 As Palestinian and international hikers were walking a trail near the town of al-Ouja, north of the ancient city of Jericho, east of the occupied West Bank, settlers attacked them, according to a rights activist.

Thayer Njoum, an activist, said that a group of Palestinians and internationals was walking a tourist trail near al-Ouja when settlers came to them and attacked them with clubs and sprayed their faces with pepper gas.

One of the hikers, an Italian national, received a fracture and bruises on her arm while others suffered from burns on their faces after being sprayed with pepper gas.

One of the hikers said that after walking 11 kilometers and were about to reach their bus, settlers attacked them, beating them and threatening to kill them.

They spent two hours trying to call the police but to no avail.

For his part Palestinian Prime Minister Mohammad Shtayyeh said the attack yesterday by armed settlers on a group of 40 Palestinian and international participants in a hike near Jericho warns of grave dangers in the future.

As the participants in the hike made their way through al-Maarajat in the Jericho area, a group of armed settlers intercepted them and began to assault them with batons. A number of hikers, among them American, French and Italian nationals, sustained injuries, bruises, and intimidation. They were taken to a hospital in Ramallah for treatment.

The Prime Minister said that this assault carries grave dangers; as it demonstrates what could happen as a result of the incitement by the extremist members of the far-right Israeli government.

He called on the United Nations, the United States, and European countries, whose citizens were victims of this barbaric attack that led to the injury and terrorizing of a number of them, to intervene immediately to put a stop to the crimes of the settlers and occupation soldiers in the killings and extra-judicial executions which so far left 12 dead since the beginning of the year; among them three minors.