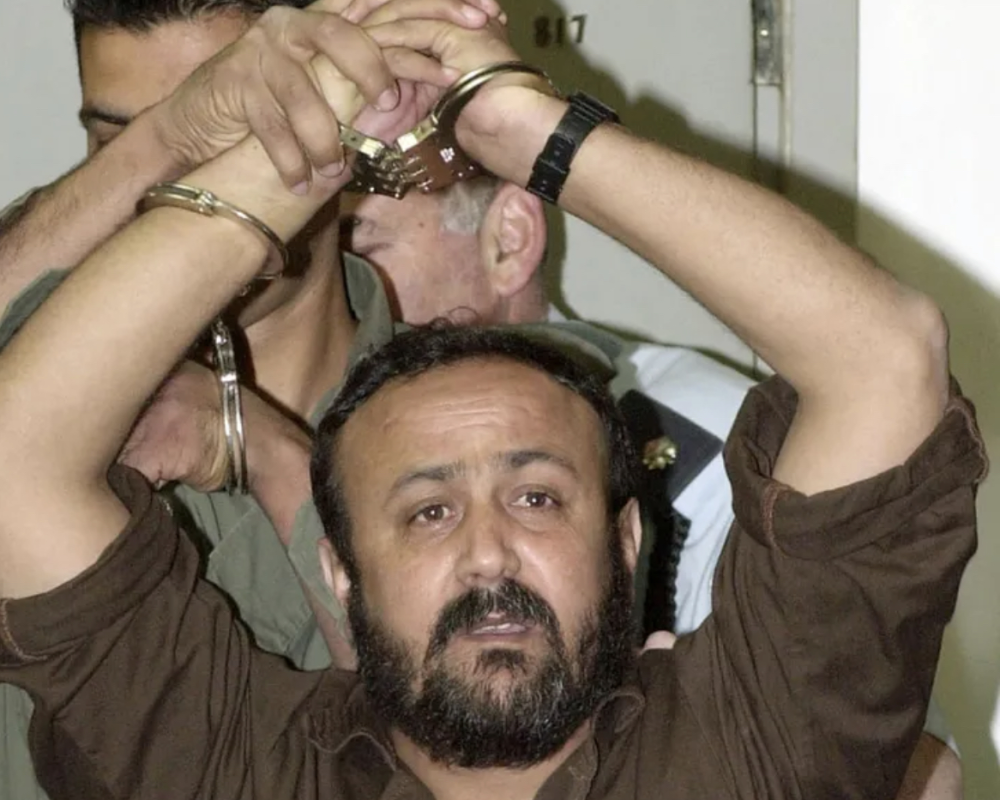 “The prisoner leader Marwan Al-Barghouti and 70 other prisoners were transferred from the cells of Hadarim detention center to strict isolation in Nafha detention center, as part of an organized campaign against the prisoners by the so-called Minister of National Security Ben Gvir,” Secretary-General of PLO Executive Committee Hussein al-Sheikh tweeted.

The occupation authorities transferred some 80 Palestinian prisoners, including 40 facing heavy sentences, from the Hadarim prison in northern Israel to new facilities at the most fortified Nafha prison in southern Israel’s Naqab desert, a move which came less than a week after the Palestinian prisoners' leadership announced a coming protest action against the Israeli Prison Service’s (IPS) restrictions on prison life.

Palestinian prisoners have recently announced that they will escalate civil disobedience against IPS, possibly leading to a mass hunger strike in March, in light of threats and further repressive measures by extremist Jewish supremacist Ben Gvir, who has been appointed as Israel’s minister of security.

He had announced in his election campaign that he would seek to push for the Knesset to adopt the death penalty against Palestinian prisoners accused of killing or attempting to kill Israelis.

According to the latest figures from Addameer, the Palestinian Prisoner Support and Human Rights Association, there are currently 4,700 Palestinian political prisoners in Israeli prisons and detention centers, including 150 children and 34 female prisoners.

This number includes approximately 835 Palestinians placed under “administrative detention”, that allows the detention of Palestinians without charge or trial for renewable intervals ranging between three and six months based on undisclosed evidence that even a detainee’s lawyer is barred from viewing.

Mass arrest of Palestinians is nothing new. According to a 2017 report by Addameer, over the past 50 years, more than 800,000 Palestinians have been imprisoned or detained by Israel, this figure is now believed to be closer to 1 million. This means that about 40% of Palestinian men and boys living under military occupation have been deprived of their freedom. Almost every Palestinian family has suffered the imprisonment of a loved one.