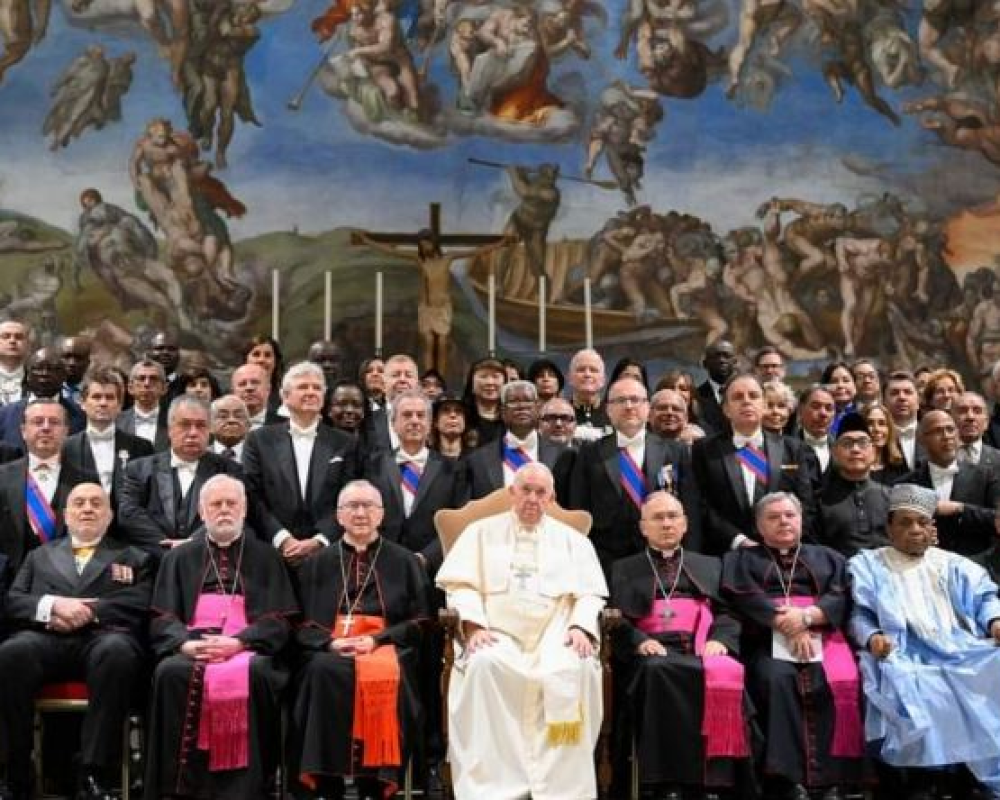 Speaking during his annual meeting with the diplomatic corps accredited to the Vatican City on the occasion of Christmas and New Year's, Pope Francis expressed concern about the increase in violence in the holy land, which led to more victims.

He stressed that the holy city belongs to the three monotheistic religions, and it is the most affected by this violence, noting that the name of Jerusalem brings to mind its true image, which should be a forum for peace and not a theater of conflict as it is today.

Pope Francis expressed his full confidence that Jerusalem will become a place and a symbol of meeting, fraternity, and the practice of worship and prayer freely and peacefully in the holy places, on the basis of continuity and ensuring the preservation of the existing historical and legal status of the holy places.

He hoped that the Palestinian and Israeli sides would return to direct dialogue in order to implement the vision of the two states in all its dimensions and within the framework of international law and the relevant United Nations resolutions.

Palestine’s ambassador to the Holy See, Issa Kassissieh, conveyed the greetings of President Mahmoud Abbas to the Pope, and congratulated him on the occasion of the Christmas and the New Year holidays, calling on him to continue to pray for justice and peace in the Holy City and for the right of self-determination for the Palestinian people.