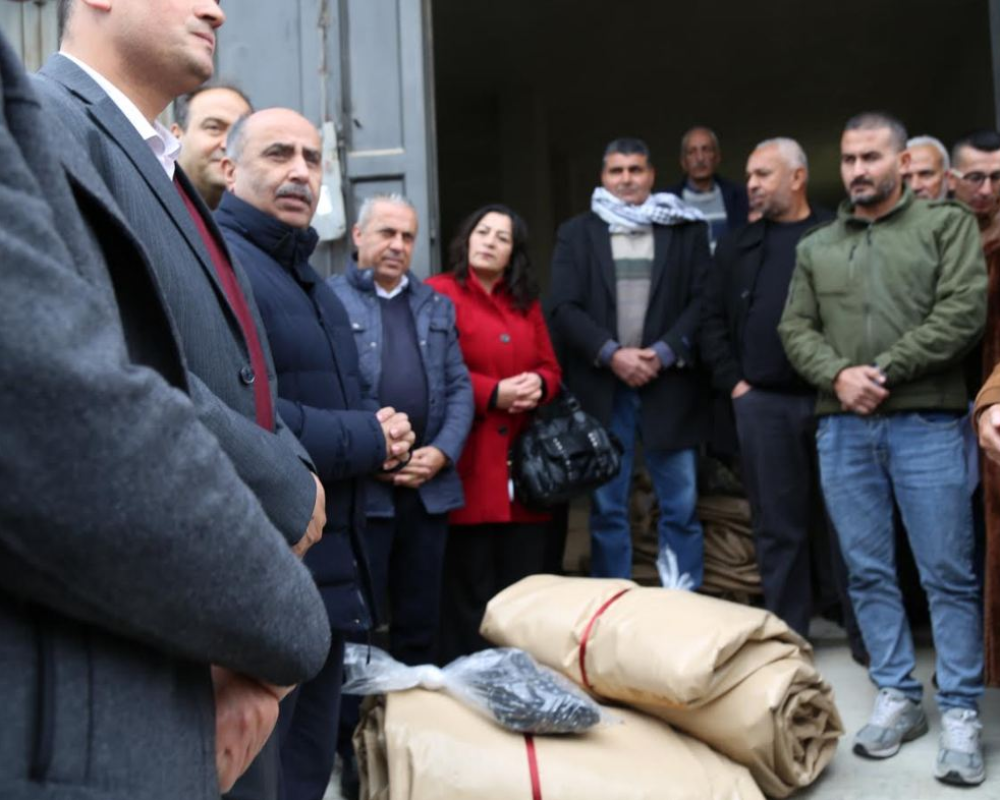 The Food and Agriculture Organisation of the United Nations (FAO) Coordination Office for West Bank and Gaza Strip (FAO WBGS), in partnership with the Ministry of Agriculture, distributed animal shelter, in Bethlehem.

The present distribution is part of a larger FAO project funded by the European Union that is making vulnerable households more resilient to shocks affecting food and nutrition security in the West Bank and Gaza Strip.

The main objective of this project is to establish a monitoring tool based on a combination of surveys and analysis of secondary data to improve FAO’s capacity to anticipate and adequately react to shocks and stressors affecting the Palestinian agrifood system.

Dr Azzam Saleh, Head of FAO Programme for the West Bank and Gaza Strip said that ‘’the provision of animal shelter is in line with the Humanitarian-Development-Peace Nexus approach followed by the United Nations in Palestine because provision of inputs improves livelihoods and mitigates the impact of occupation, builds resilience, and will reduce humanitarian needs in the future’’.

Under the same project, FAO distributed barley fodder to 155 households in Masafer Yatta to help them feed their small ruminants for an average of about six weeks. Over the course of this year, the project will also provide farmers and herders across about a dozen communities with energy heating blocks and dairy processing units as well as support them to rehabilitate some cisterns.

The project will reach 1400 livestock herder households with assistance, including provision of sheds, energy blocks, dairy equipment, and wells.

The Minister of Agriculture, H.E. Riyad al-'Atari welcomed this support by FAO and emphasized that ‘’the distribution of essential inputs and equipment is crucial to sustain the livelihoods of livestock herder communities in the West Bank, particularly in a context of protracted restrictions imposed by the occupation, coupled by rising costs of input costs’’.

The plastic sheds will significantly reduce animal mortality, thus protecting as well as enhancing the livelihoods of the targeted communities.