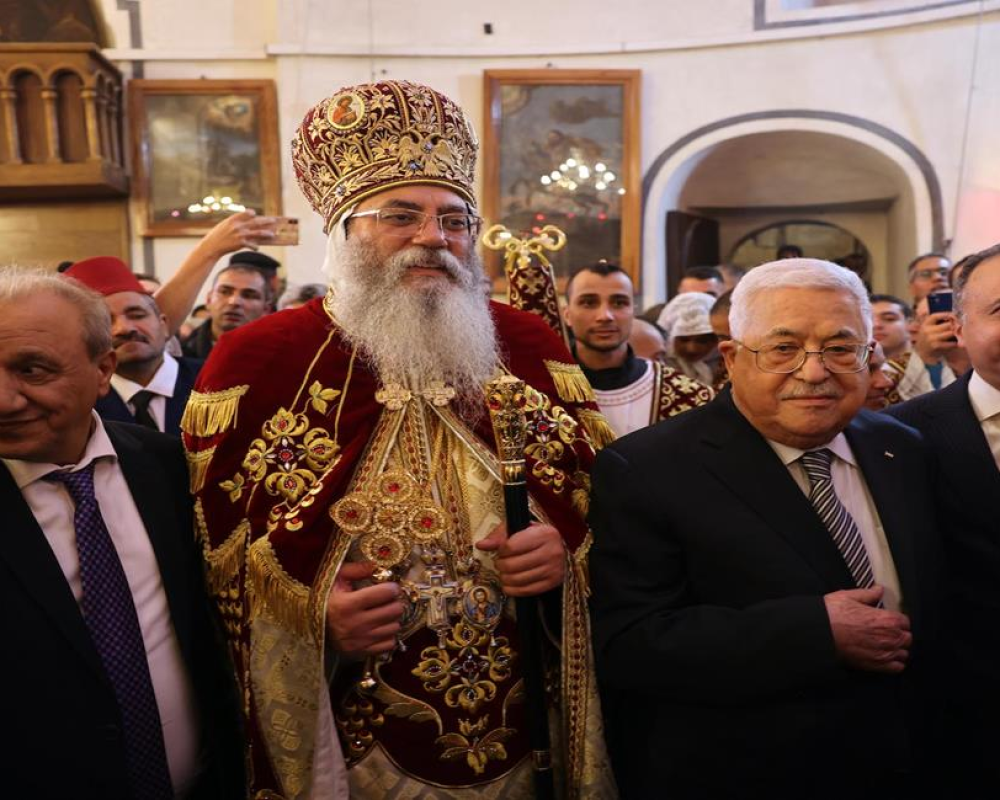 President Mahmoud Abbas attended the midnight mass in the Church of the Nativity in Bethlehem for Christmas celebrated by the Orthodox Christian denominations that follow the Eastern calendar.

Prime Minister Mohammed Shtayyeh, Major General Majid Faraj, head of the Palestinian General Intelligence Service, Representative of the King of Jordan Princess Maryam Ghazi, Presidential Spokesman Nabil Abu Rudeineh, Governor of Bethlehem Kamel Hamid, and Head of the Higher Presidential Committee for Church Affairs Ramzi Khoury, in addition to a number of consuls of European countries and members of the diplomatic corps accredited to the state of Palestine attended the midnight mass, among many other prominent Palestinian figures.

The Greek Orthodox Patriarch of Jerusalem, Theophilos III, addressed president Abbas in a speech that was delivered by the Patriarchate's spokesman, Father Issa Musleh, thanking him for attending the midnight mass and wishing him the strength to lead the Palestinian people with wisdom and for his hard efforts to pay off with the establishment of a free and independent Palestinian state.

President Abbas: Our people will stand firm on their land and protect their sanctities