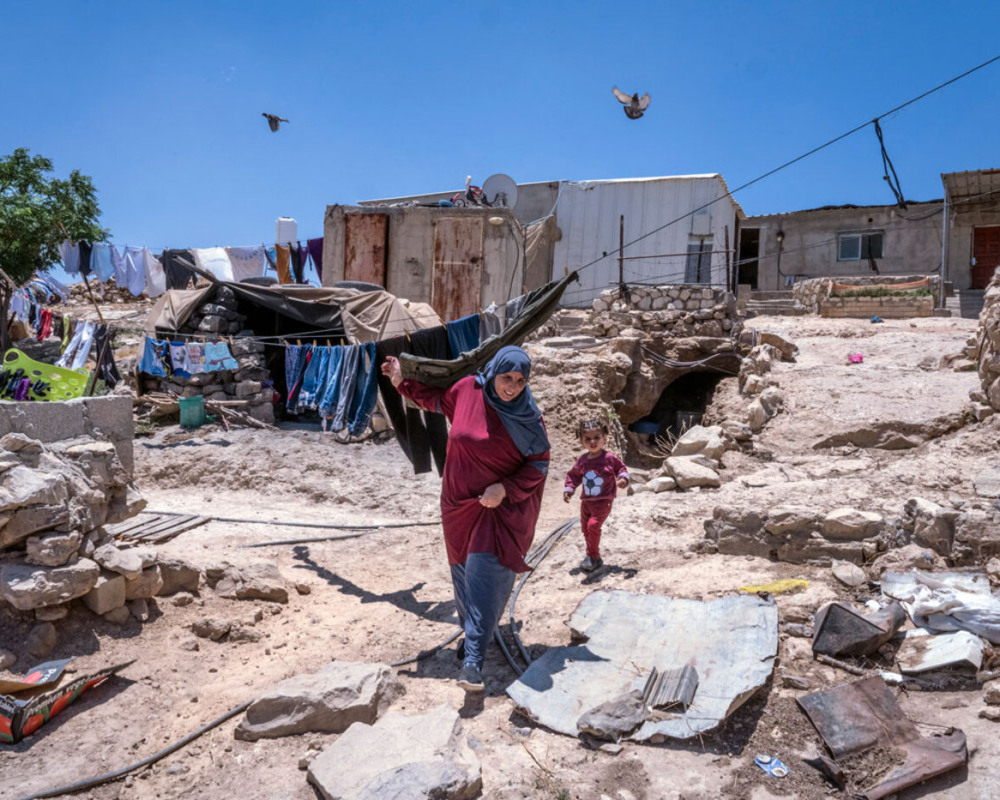 Palestine Solidarity Campaign calls on UK Government to take action to prevent Israeli Government’s imminent, wholesale destruction of Palestinian homes and villages, and the eviction of over 1000 residents in Masafer Yatta

In what threatens to be its largest act of ethnic cleansing for many years, Israeli authorities are beginning the mass expulsion of Palestinians and destruction of 12 villages in Masafer Yatta, South Hebron Hills in the Occupied West Bank. Around 1200 residents are affected, including 500 children.
The proposed action has been condemned as a gross violation of human rights and breach of international law by United Nations Special Rapporteurs[1], and constitutes a war crime under the Fourth Geneva Convention.

The move comes after the election of a new far-right Israeli government which has pledged to “promote and develop settlement” on occupied Palestinian territory to which they claim, “the Jewish people has an exclusive and unassailable right”.

On Monday January 2nd 2023 Israeli authorities announced their plans to forcibly expel more than 1,000 Palestinians from the network of 12 villages that make up Masafer Yatta[4]. Masafer Yatta has been under threat since the Israeli High Court authorised eviction in May 2022, a decision that was condemned as greenlighting the commission of a war crime by UN officials and human rights monitoring organisations.

On Tuesday January 3rd 2023 Israeli authorities began the forced evictions by destroying four homes, as witnessed by observers on the ground. Israel’s Civil Administration has informed Palestinian Authority officials that further demolitions will be going ahead in the coming days.

In the 1980s, Israeli authorities designated a part of Masafer Yatta as ’Firing Zone 918’, a closed military zone. Since this declaration, residents have been at risk of forced eviction, demolition, and forcible transfer. They have battled in courts over the last 20 years to save their homes, only for the Israeli High Court of Justice to rule in May 2022 that they are 'illegal invaders', paving the way for their expulsion.

Israel’s newly elected government, which contains a far-right religious extremist bloc, announced in its coalition agreement released on December 27th an intention to expand settlement outposts (considered illegal even by previous Israeli Governments), and a renewed promise to formally annex the West Bank.

Ben Jamal, Director of the Palestine Solidarity Campaign said:“The Netanyahu Government’s open expression of its intentions to accelerate the commission of war crimes in the West Bank, beginning with the ethnic cleansing of Masafer Yatta, is fuelled by its confidence in not being held to account by the International Community".

He added :"We must all act now to pressure the UK Government to end its complicity and act to hold Israel to account, alongside British companies like JCB and Barclays Bank that provide the financial and material support which is aiding Israel in the commission of these crimes.”