“MADA:29 Violations against Media Freedom during December most of which Committed by the IOF 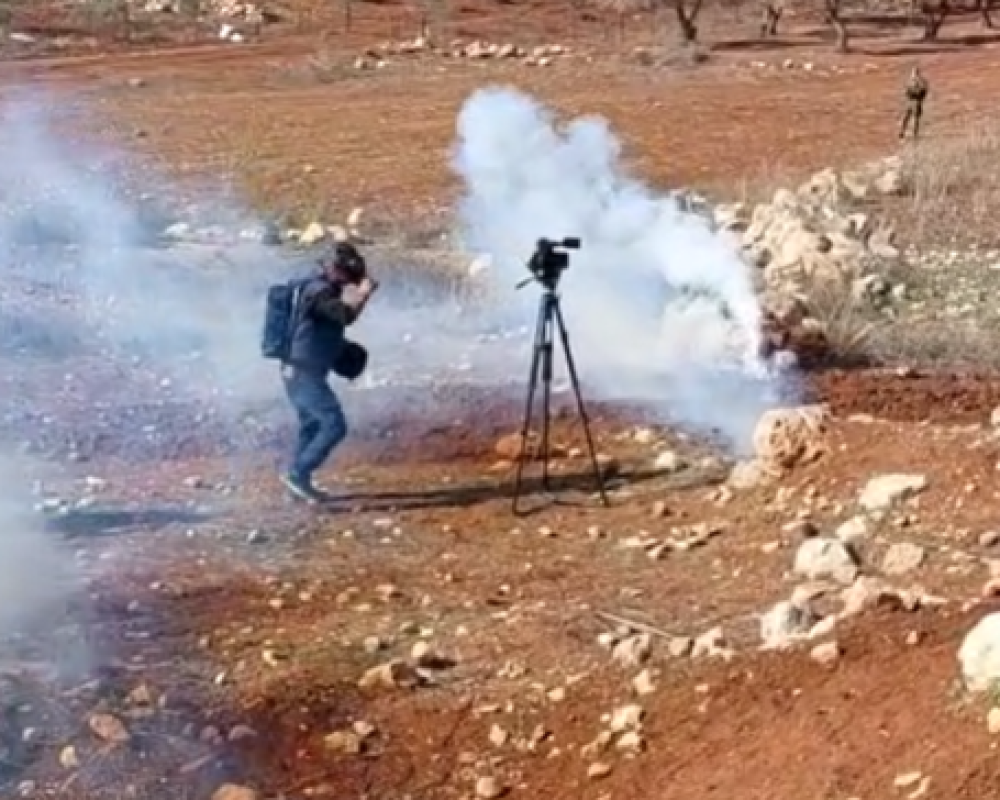 The last month of the year 2022 has witnessed the total of 29 violations against media freedom in Palestine.

However, other authorities committed the total of 6 violations during the last month, one of which was the closure of the “German TV” Office in Gaza Strip and firing the working crew without clear reasons.

One of the most prominent violations during the last month is the incitement “Al-Jazeera TV” was subject to in the Palestinian Territories by Israeli Official Authorities. These authorities called for the seizure of the credentials of “Al-Jazeera” reporters operating in Israel after Al-Jazeera filed a lawsuit at the International Criminal Court due to the killing of the Agency’s reporter who was operating in the Palestinian Territories “SHIREEN ABU AKLEH” last May

The suffocation of “Palestine TV” crew (reporter MOHAMMED AL-KHATEEB and cameraman FADI JAYYUS with teargas during their coverage of the clashes that took place in “Beit Dajan” to the east of Nablus city was one of the most serious violations. The Israeli Occupation Forces also targeted not less than 10 journalists with stun grenades and teargas to stop them from covering the same clashes

Moreover, the Israeli Occupation Forces soldiers detained “Al-Quds” Network cameraman MOTASEM SAQF AL-HEIT and the reporter of “Palestine Post” SAJA AL-ALAMI during their coverage to the clashes that took place at the north entrance of Al-Bireh city. They also prevented them from continuing the overage of the clashes, searched their vehicle thoroughly believing that the camera tripod is a weapon

The Israeli Occupation Authorities arrested the anchorman of “Al-Aqsa TV” MOTASEM SAMARA while he was going through “Surra” barrier to the west of Nablus city for 14 days. The Israeli Intelligence Service interrogated MOTASEM multiple times regarding the participation and covering of various events. They also arrested the journalist ABDULRAHMAN HASSAN from his house in Bethlehem, confiscated his cellphones, and interrogated him at “Etzion” Holding Center before releasing him on the same day

Last December, the Israeli Occupation Authorities released the journalist BUSHRA ATTAWEEL after 9 months in administrative arrest. They also released the media student at “Al-Quds” University DINA JARADAT who spent 4 months in prison. Moreover, they continued their arbitrary procedures against the Jerusalemite journalist LAMA GHOUSHEH and adjourned her trial until February 14th, 2023, with continued home arrest and prohibition of communications

The number of Palestinian violations has decreased during last December in comparison with last November. The number of violations reached 3 with the percentage of 12% of all violations documented last month which all occurred in Gaza Strip

The Palestinian violations resulted after security members of “Hamas” assaulted 3 cameramen and prevented them from covering of “Hamas” 35th anniversary festival. This led the cameramen ATTIA DARWEESH, MUSTAFA HASSOUNEH, and NIDAL AL-WHEIDY to leave the area immediately