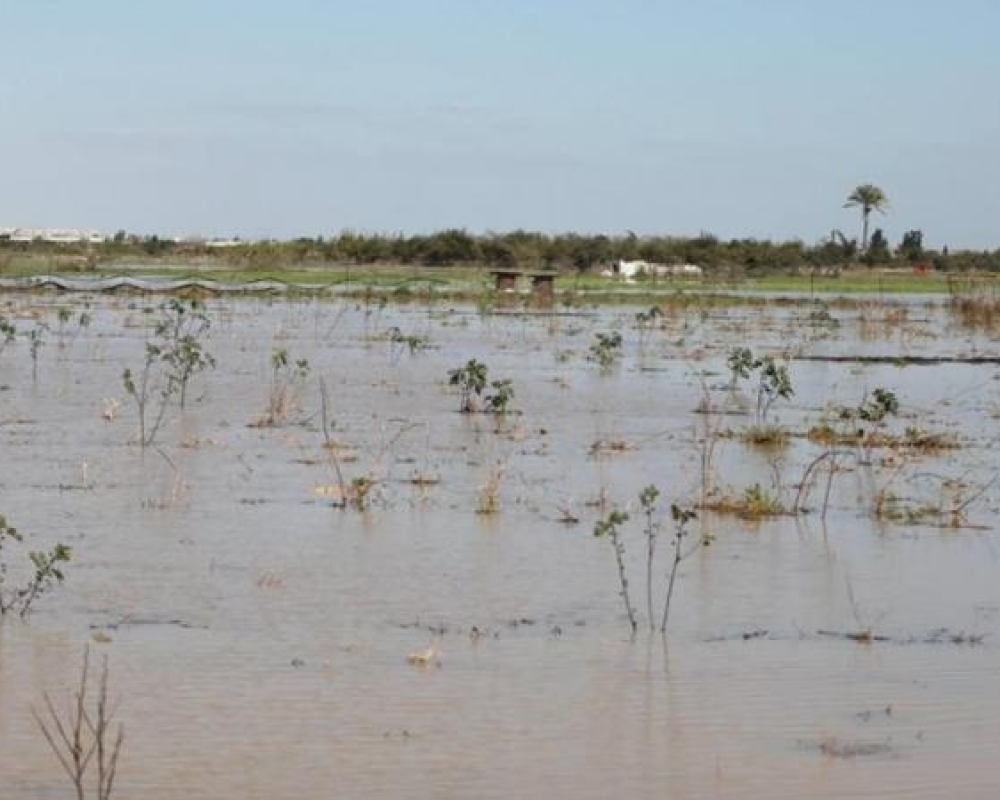 As if the heavy rain that flooded most of the Gaza Strip with rainwater over the past two days was not enough, the Israeli occupation authorities today contributed to the flooding of Gaza towns and destruction of agricultural land east of the cities of Khan Yunis and Deir al-Balah, in the south and center of the Gaza Strip, by opening the ducts in the dams located on the Israeli side of the border fence.

WAFA correspondent said Israel flooded dozens of homes and hundreds of dunums of agricultural lands after opening the ducts to release the collected rainwater towards the low areas in the cities and towns in the besieged Gaza Strip, which led to huge material losses in property.

Two days ago, the occupation forces also opened rain the ducts east of the city of Deir al-Balah, which led to the flooding of dozens of homes and agricultural lands, exacerbating the suffering of Gazans, especially in light of the heavy rain that fell on the Gaza Strip since Saturday.