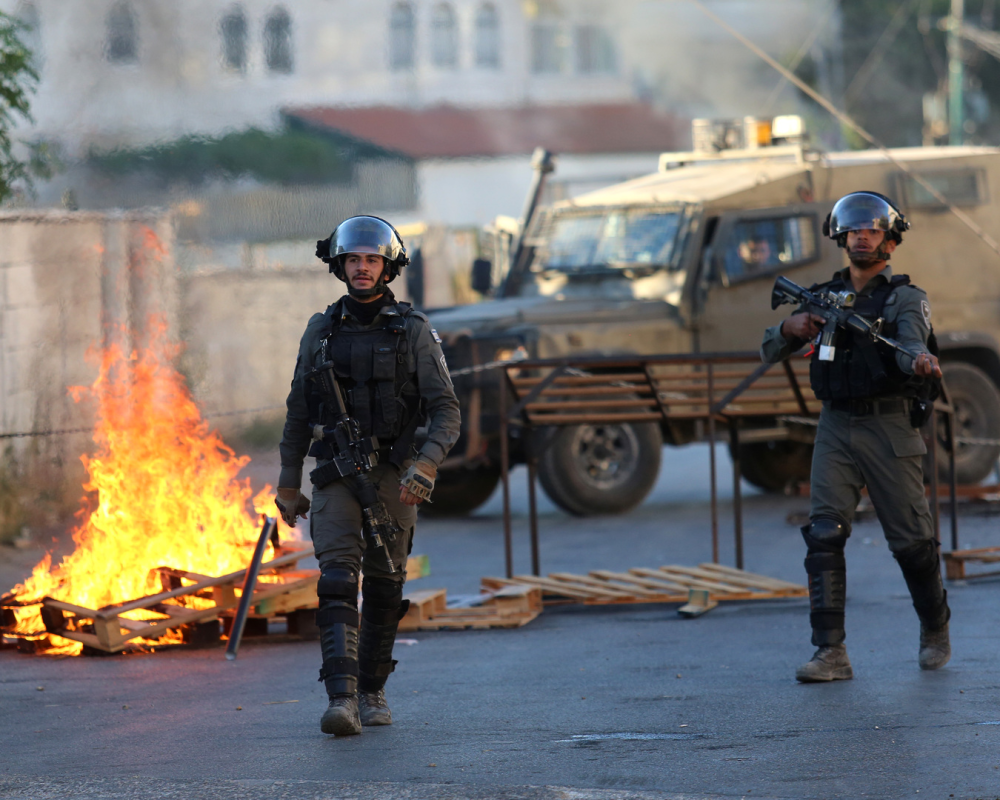 A Palestinian was Wednesday injured by Israeli gunfire during a raid into the village of Kafr Ein, to the north of the occupied West Bank city of Ramallah.

According to the Palestinian Ministry of Health, the yet-to-be-identified youth was shot in the chest, hip, and thigh, as his condition was reported to be moderate to critical.

Local sources said that the confrontations took place in the said village, along with the village of Nabi Saleh, where the Israeli soldiers fired live bullets and tear gas canisters towards civillian houses.

The sources added that the Israeli forces broke into and ransacked the contents a number of commercial shops in order to seize surveillance cameras, noting that the soldiers also caused damages to the central electricity station gate in Nabi Saleh, where provides electrcity to some nearby villages.

In Nablus A Palestinian was early Wednesday shot with a live bullet, while others with shrapnel, during an Israeli military raid in the occupied West Bank city and its old town, sources confirmed.

Ahmad Jibril, the head of the Palestinian Red Crescent Emergency and Ambulance Department said that a Palestinian was shot with a live bullet in the head and the back and was taken to the Rafidia hospital for treatment.

He added that two others were injured with shrapnel and were locally treated.

According to local sources , a large Israeli military unit raided the city and proceeded to surround its old city before gun shots began to be heard inside.

The Palestinian Ministry of Education in Nablus announced a one-hour delay in schools until the Israeli forces are confirmed to have withdrawn from the city in order to guarantee the safety of the students and teachers.