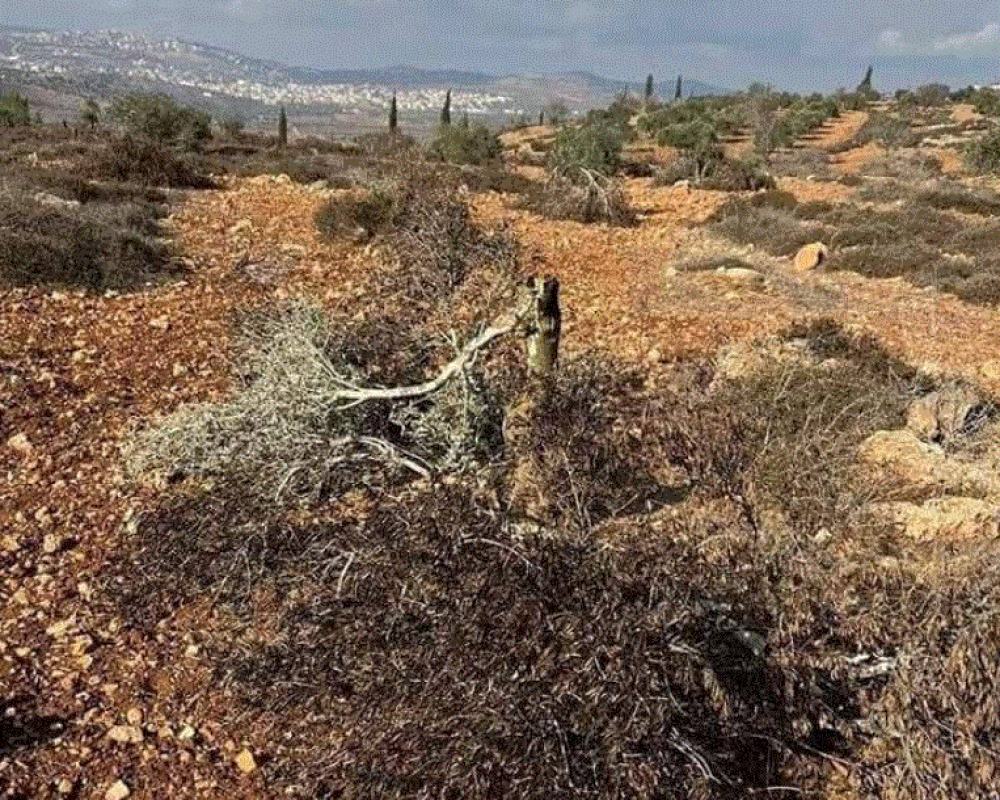 In their ongoing destruction of trees in the occupied West Bank, Israeli settlers today uprooted 50 olive saplings in the town of Burqin, west of the northern West Bank city of Salfit.

The landowner, Mohammad Fawaz, said that the settlers uprooted 50 olive saplings he had planted in his land located in the north of the town near the illegal settlement of Ariel.

Settlers and the Israeli occupation authorities prevent Palestinians from developing or benefiting from their lands located near settlements or in open areas part of the so-called Area C, which is under full Israeli military rule and which makes up more than 60 percent of the area of the occupied West Bank.