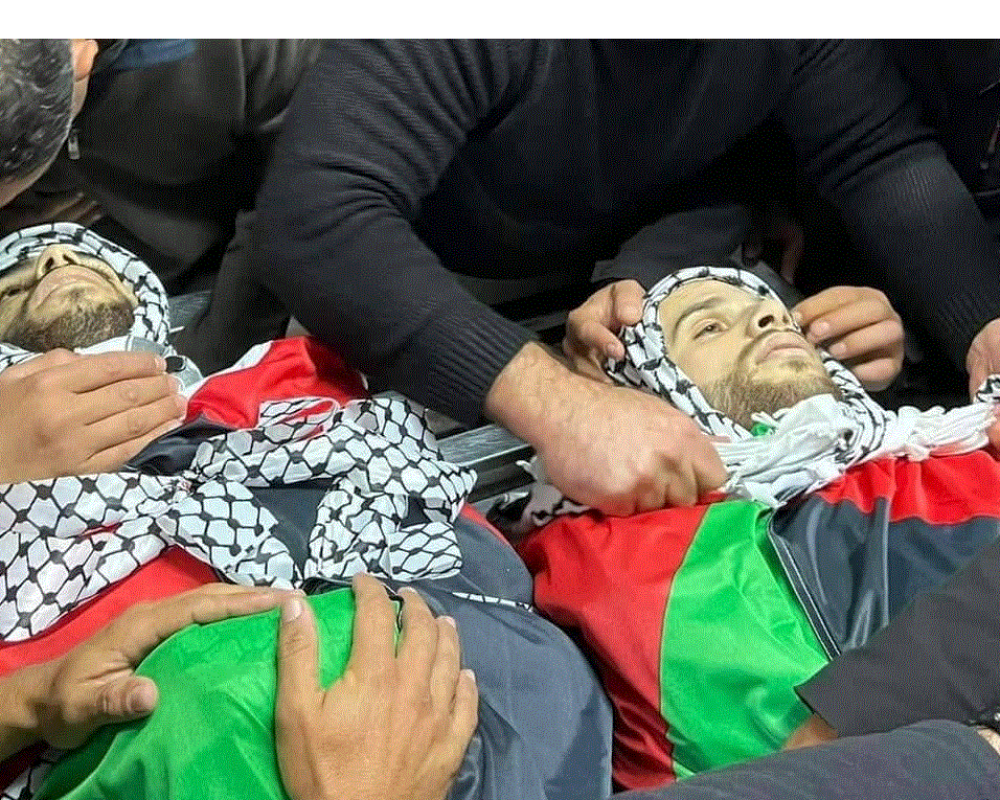 A Palestinian today succumbed to his wounds sustained earlier by Israeli military gunfire, according to the Civil Affairs Commission.

The Commission announced in a press statement that a resident of the West Bank city of Beitunia city, west of Ramallah, succumbed to his wounds he sustained after being shot by Israeli soldiers at the northern entrance to al-Bireh following a car chase.

The man, whose name was not identified yet by the Commission, was suspected of earlier running over a 20-year-old female Israeli soldier near the illegal colonial settlement of Kochav Ya'akov, north of Jerusalem.

Witnesses said that the chasing police car had opened fire at the tyres of the man’s car, causing him to crash into a metal bar on the side of the road before police got out of their vehicle and continued to shoot at the man.

Police prevented ambulances from reaching the location of the shooting, which was sealed off by the army.

Israeli forces Tuesday evening killed a Palestinian, the fourth in less than 24 hours, in al-Mughayyir village, east of the occupied West Bank city of Ramallah, according to a local activist.

Kathem Muhammad, an anti-colonial-settlement activist, said that Israeli forces barged their way into the village and opened fire towards local young men attempting to block their entry, hitting one by a live round and several others by rubber-coated steel bullets.

Raed Ghazi Na‘ssan, who sustained a critical injury in the chest, later succumbed to his injury in a hospital in Ramallah city.

Na‘ssan was the fifth Palestinian gunned down by Israeli army in the occupied West Bank in less than 24 hours.

Earlier, the army killed Jawad and Thafer Rimawi, 22 and 21, in an overnight raid into Kafr Ein, northwest of Ramallah.

The fourth Palestinian killed today was identified as Mufeed Ikhlil, 44, who died of Israeli military bullet wounds to the head during a predawn raid in Beit Ummar town, north of Hebron.

The father-of-six was indiscriminately gunned down during the confrontations, which lasted several hours into the night. Nine Palestinians were injured, including Khalil, who later succumbed to his wounds.

This brings the number of Palestinians killed on Tuesday to five.