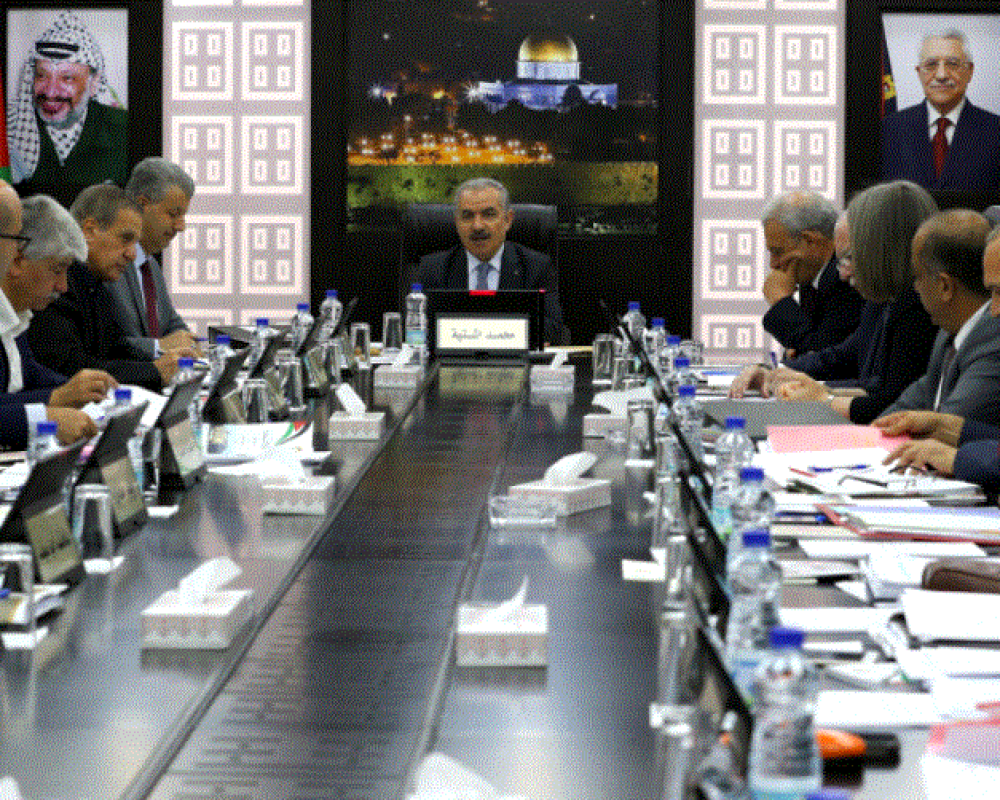 Prime Minister Mohammad Shtayyeh today called on the international community to reject Israeli settlements, killing, and destruction in the occupied territories, stressing that Israel should pay the price for its systematic aggression against the Palestinian people.

"If the negotiations to form the government in Israel are based on who builds more settlements, who wants to make it easier to shoot more at us, and who wants to confiscate more of our land, then it is preparing to declare war against us led by the extremist colonialists,” said the Prime Minister speaking at the start of the weekly cabinet meeting held in Ramallah. “In light of this scene that includes parties that want to ignite the fuse of killing and destruction, the world is now required to say out loud that it rejects this policy, and that it is ready to make Israel pay the price for this systematic policy of aggression against our people."

Shtayyeh considered the Israeli settlers rampaging in Tel Rumeida, Bab al-Zawiya, and Shuhada Street in the occupied southern West Bank city of Hebron over the weekend as an example of the escalation in which the army and the settlers come together as one team in attacking the Palestinian civilians.

He also said that as the world marks International Children's Day, Israel has killed more than 40 Palestinian children since the start of this year and detained more than 750 others, 160 of them are still incarcerated in Israeli prisons.

He said that Israel has also demolished or threatened to demolish schools, such as in Ein Samia near Ramallah, and another in Masafer Yatta, in addition to the daily violations experienced by schools in Jerusalem and the old city of Hebron, and in other West Bank villages and towns.

The Prime Minister called on international human rights organizations to do their work in protecting the rights of Palestinian children, exposing the policies of the Israeli occupation, and holding it accountable for its crimes against them.