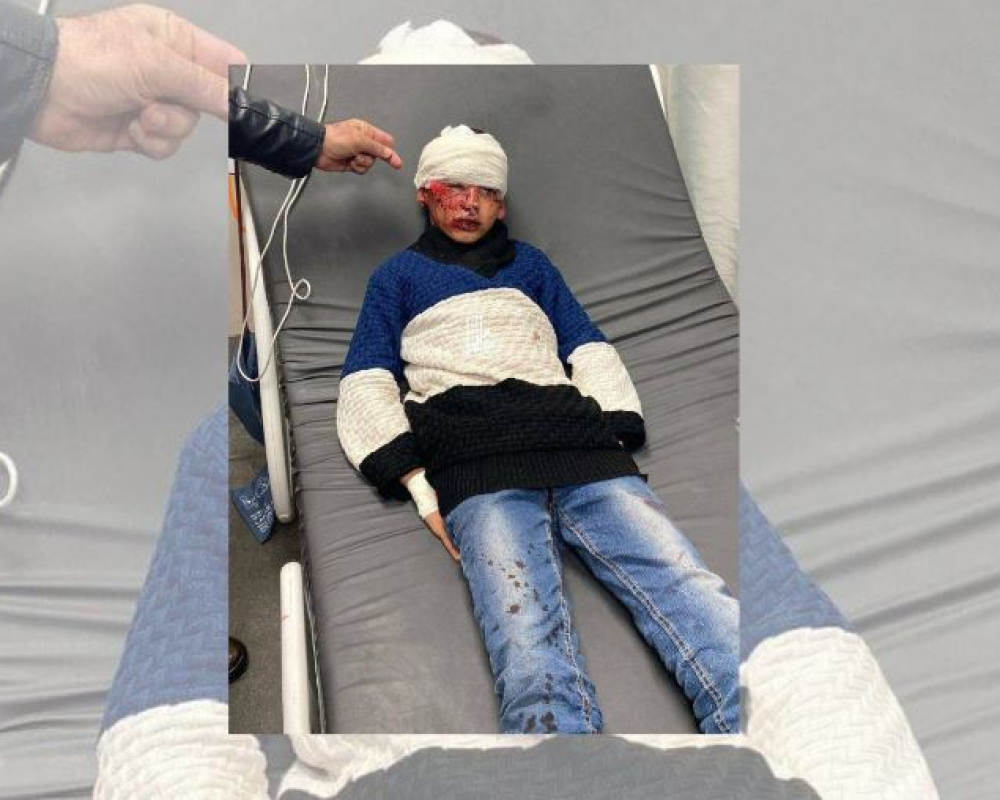 A Palestinian child was injured this evening after being attacked by Israeli settlers near the Israeli settlement of Kiryat Arba, build illegally on Palestinian residents’ land to the east of Hebron, in the southern occupied West Bank, according to security sources.

Local sources said that Israeli extremists settlers severely beat up the child, who was identified as Yazan al-Rajbi, inflicting various cuts and bruises to his face which necessitated his transfer to hospital for medical treatment.

In should be noted that settlers have recently escalated their attacks against Palestinian residents, including children, living close to illegal settlements in Hebron.

Settler violence against Palestinians and their property is routine in the West Bank and is rarely prosecuted by Israeli authorities.

In Bethlehem Israeli occupation forces this evening attacked two Palestinian teen sisters while they were present near an illegal settlement in the village of Kisan to the east of Bethlehem, according to local activist Ahmad Ghazal.

The activist told journalists Israeli military soldiers beat up two sisters while they were present close to the nearby illegal Israeli settlement of Abi HaNahal, under the pretext that the girls were present on land that falls under the Israeli sovereignty.

The girls were identified as two sisters Raghad and Dina Abiyyat, aged 13 and 14.

Israeli forces and settlers’ attacks have recently escalated against Palestinian farmers in the said village with the aim of forcing them to leave the area for the benefit of settlement expansion.