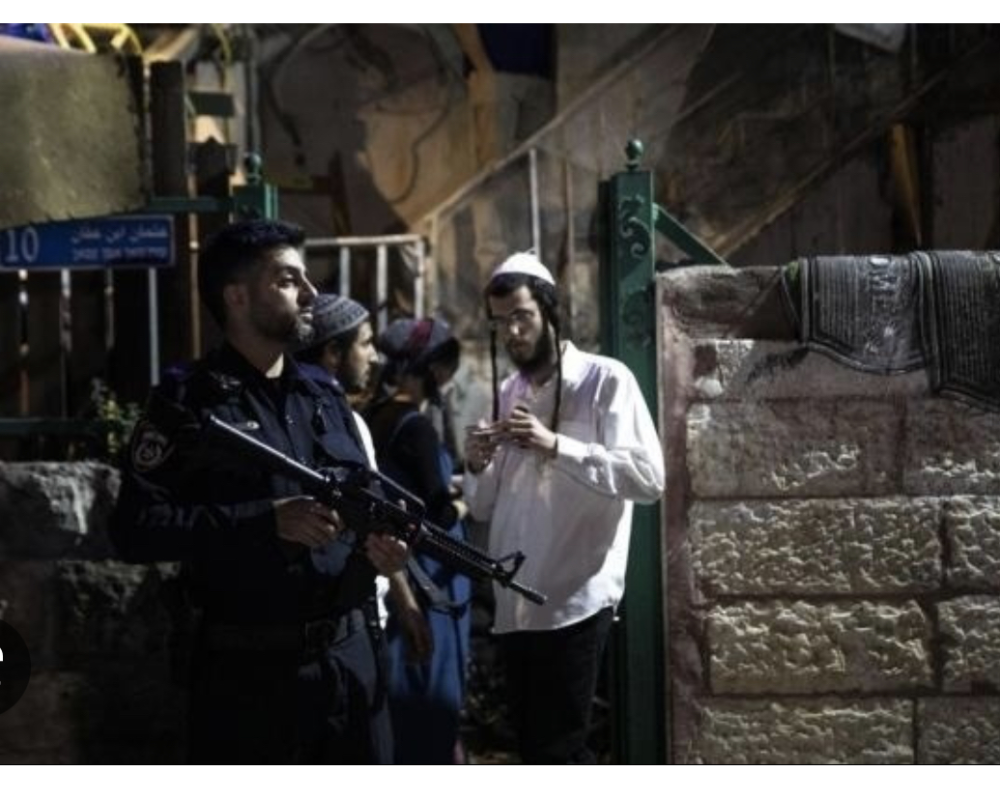 The national Bureau for defending land and resisting settlements ( nbprs ) stated in its latest weekly report that ,the Likud Party led by Benjamin Netanyahu agreed with the Otzma Yehudit Party led by Itamar Ben Gvir, , during the coalition negotiations session that was held between the two sides to connect those outposts with water, electricity, and cellular infrastructure, and to reinforce them with security measures, as well as legalize 65 outposts of random settlements in the occupied West Bank within 60 days on the formation of the new government.

They also agreed to include amending the law of separation ‘from Gaza’ with the aim of legalizing the ‘Homesh settlement outpost’, which is located on the lands of the village of Burqa, allowing the presence of a Jew there to study at the Biblical Religious Institute. In addition to accelerating the planning procedures and establishing bypass roads to connect the settlements in the occupied West Bank, expanding st. 60 and allocating the necessary budgets for that at a value of between one and a half billion shekels, and legalizing the ‘Avitar settlement outpost’ on the lands of Bita town to the south of the city of Nablus, and holding a government session there.

Sources in the Likud had announced following a meeting held by Netanyahu with the head of the fascist ‘religious Zionism’ party, Bezalel Smotrich that Netanyahu had offered the latter to settle random outposts in the West Bank in exchange for accelerating the formation of the government. Knowing that the opening of the settlement evacuation law is a step for the return of settlers to 3 other settlements in the north of the West Bank, which are ‘Sannur, Ghanem and Kadim’.

As for Israel's Judaization and settlement activities, the city and governorate of Jerusalem are still under the pressure of a number of projects that aim to change the character and demography of the city and the surrounding area. The Minister of Jerusalem Affairs, Ze'ev Elkin, while leaving his post in the outgoing government, revealed huge plans that the ministry's team had prepared to complete the government's decisions. Successive Israeli governments to Judaize Jerusalem by allocating a large budget for the water city plan at an additional 2 billion shekels with the aim of deepening the Jewish character of the city, at a time when the occupation municipality in occupied Jerusalem has actually started working on building the longest Judaizing tourist bridge over the lands of the Wadi al-Rababa neighborhood in the town of Silwan, south of the Al-Aqsa Mosque, with a length of 200 m. it passes over the northwest of Silwan and connects the Old City of Jerusalem with “Mount Zion” and Al-Thawri neighborhood.

Besides, the occupation authorities published advertisements to seize hundreds of dunums of the lands of the town of Hizma, northeast of occupied Jerusalem to widen the main street in the town, which extends from the entrance to the town of Anata, passing through Hizma, to be used by the settlers.

Moreover, the occupation forces issued a military order to seize 320 dunums, to expand the settlements established by force on the lands of citizens in Al-Khader, Nahalin and Artas in the Bethlehem Governorate. The military order requires the confiscation of this area of ​​citizens’ lands for the benefit of the ‘Daniel, Eliezer and Efrat settlements’, and it includes basins 12, 13, 24 of the lands of Al-Khader, basin 7 of the Khallet Umm Al-Fahm site in Nahalin, and the area of ​​Khirbet Mafsul n. 3 of the lands of Artas. Brejieh added that the plan will come into effect on the 30th of its date.

On the other hand, the Israeli occupation army minister, Benny Gantz, decided to build a new section of the apartheid wall in the northern occupied West Bank, and construction of 50 km of the wall will begin soon, extending from the Salem crossing north of Jenin to the Al-Tin crossing near Tulkarm, while 50 km will also be built later on, another km from the Al-Tin crossing to the ‘Oranit settlement’, south of Qalqilya. The new wall will replace the previous wall, which was built 20 years ago, and will be equipped with technological means. Gantz's decision came during a tour he made in the area of ​​the apartheid wall in the northern West Bank.