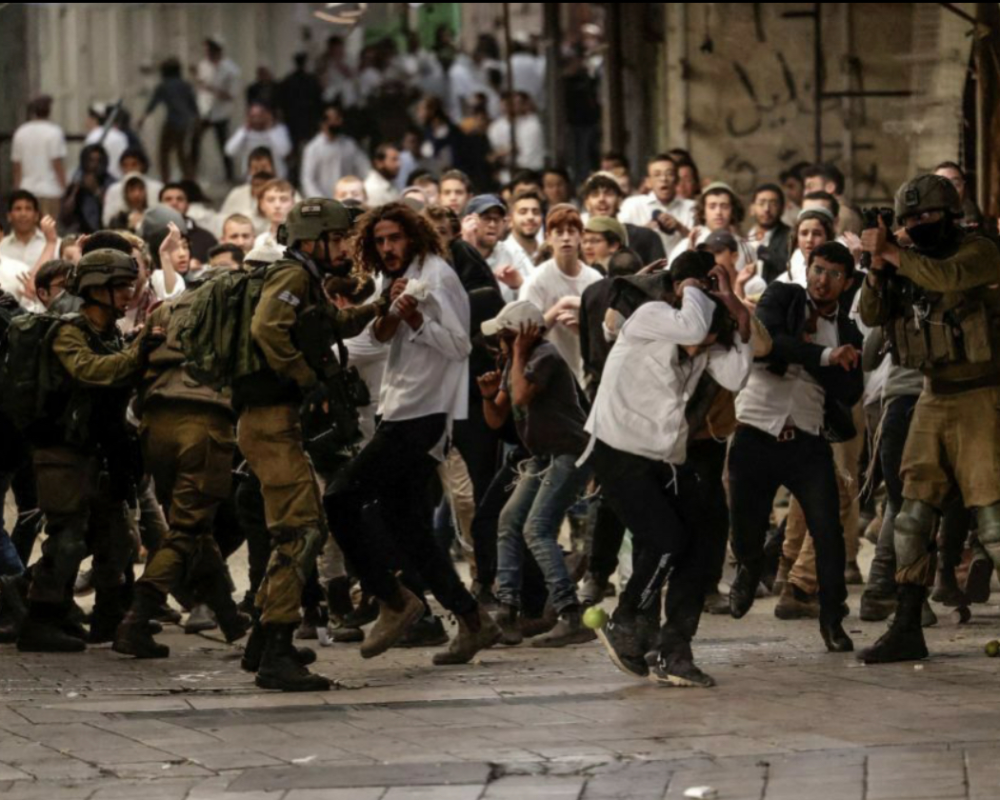 Several Palestinians sustained injuries today in an attack by Israeli settlers on the neighborhood of Tel Rumeida in the city of Hebron, south of the occupied West Bank, according to local sources.

Local sources said that scores of Israeli settlers guarded by army and police assaulted Palestinian civilians in the area, pelted stones and empty bottles at homes and physically assaulted and beat up Palestinian residents, injuring some of them. The injured were moved to hospitals for medical treatment.

Israeli occupation forces accompanying the settlers in their attack also arrested two Palestinian young men while they were in front of their homes in the neighborhood.

Earlier today, hundreds of colonial Israeli settlers guarded by army went on a rampage today through the neighborhood of Bab Al-Zawiya in the old city of Hebron, terrorizing the local Palestinian residents and assaulting shop keepers.

Settlers also attacked vendors’ stalls and passers-by as they walked through the alleys of the neighborhood, backed and guarded by Israeli army and police.

The old city of Hebron has been a hotspot of settler violence during the past few weeks, with attacks reported there almost every day.