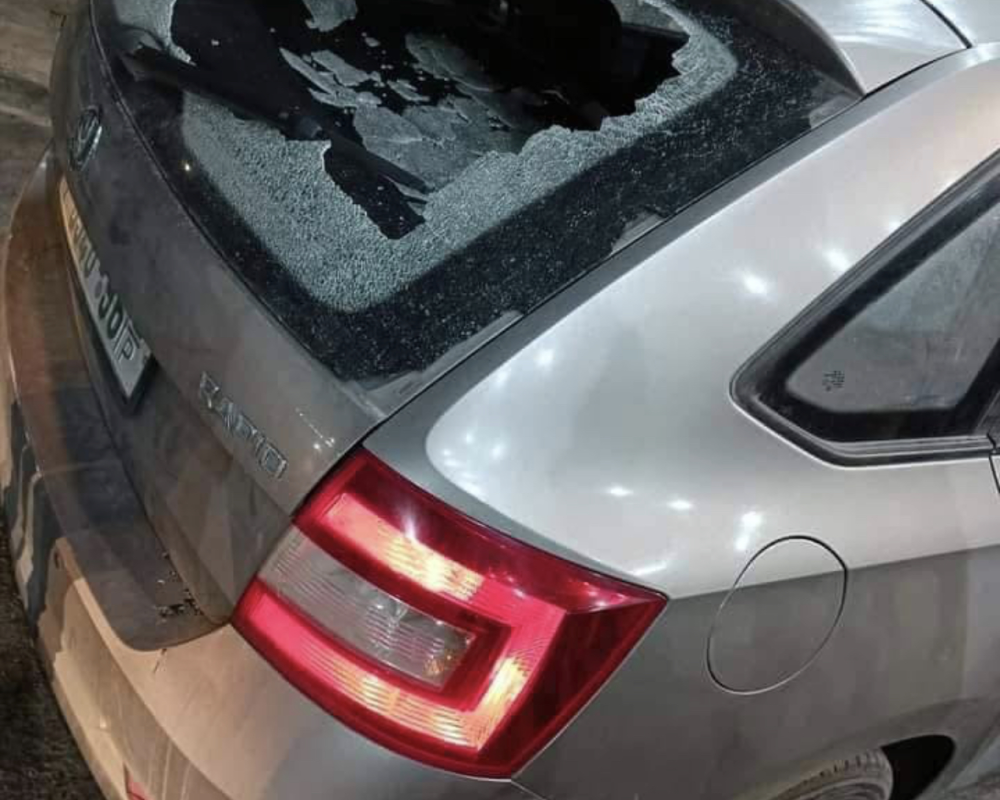 Israeli settlers last night attacked a number of Palestinian-owned houses in the village of Urif, south of the occupied West Bank city of Nablus, sources said.

Ghassan Daghlas, in charge of the settlement file in the northern occupied West Bank, said that a group of settlers from the illegal Israeli settlement of Yitzhar stoned houses in the eastern part of the village, causing damaging in some of its windows, as well as breaking the windows of a vehicle.

He added that the settlers also set up a mobile house in lands in the village of Asira al-Qibliya and fenced off a land there.

In another attack in Nablus governorate, extremist settlers carried out attacks on shops and citizens' cars at Huwwara checkpoint.

Also in Nablus governorate, settlers attacked citizens' cars in the town of Yatma, and smashed the windows of a number of them

Also Israeli Settlers attacked citizens and their property last night and at dawn today on Jaet Street near Tulkarm, where they attacked citizens' vehicles, causing damage to a Palestinian car and injuring its occupants.

Also in Tulkarm, local sources said that settlers threw stones at citizens' vehicles near the village of Ramin, east of Tulkarm.

21 killed, many more injured in a huge fire north of Gaza