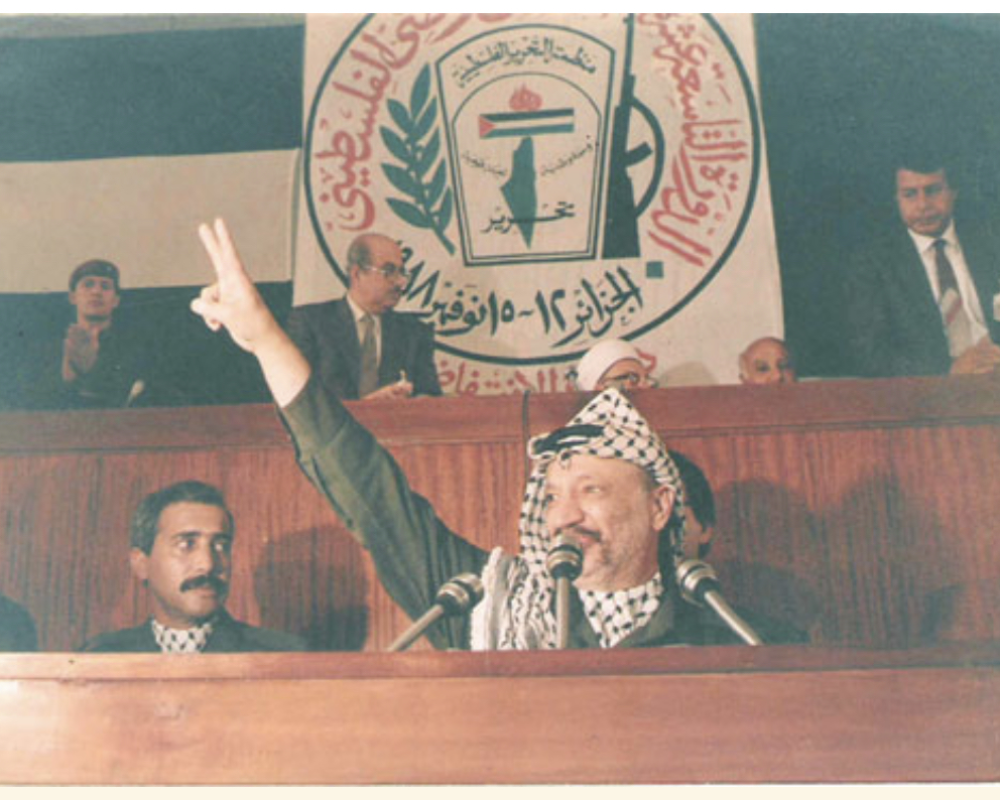 34 years ago, the late Palestinian leader Yasser Arafat declared from Algiers the independence of the State of Palestine on the 1967 borders with East Jerusalem as its capital.

With this declaration, which was a turning point in the history of the Palestinian national liberation movement, the Palestine Liberation Organization (PLO) confirmed Palestinian acceptance of the two-solution for the decades-long Palestinian-Israeli conflict.

It also led to Arab, Islamic, and world recognition of the State of Palestine as declared in Algiers.