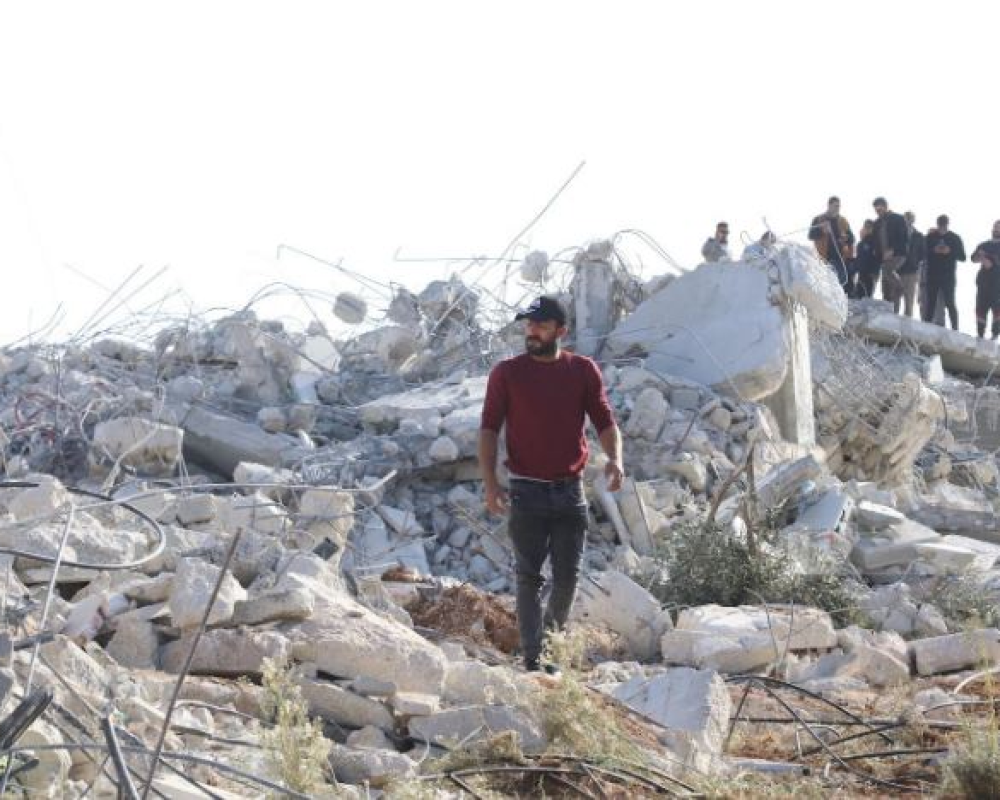 The Israeli occupation army demolished this morning three Palestinian-owned buildings in the village of Elmenia, south of the southern West Bank city of Bethlehem, under the pretext they were built without a permit, according to the head of Elmenia village council Zayed Kawzbeh.

He said that soldiers raided the village and demolished the three buildings, each three stories high and owned by a member of his extended family.

Suleiman Jaafra, an activist, said that Israeli forces raided an area near the illegal Israeli settlement of Adura and demolished two houses owned by the siblings Ibrahim and Abdul-Qader Jaafra.

He added that the land owners own legal papers that prove their ownership of the lands, noting that Israel aims to seize those lands in order to expand the illegal settlements in the area and link the settlements of Telem and Adura.

In Salfit the Israeli occupation forces today demolished stone walls and uprooted olive trees in the town of Qarawat Bani Hassan, west of Salfit, according to mayor Ibrahim Assi.

He said that soldiers stormed the area northwest of the town and declared it a closed military zone before proceeding to demolish the stone walls and uproot olive trees.

Girl, 19, shot and killed by Israeli soldiers near Ramallah