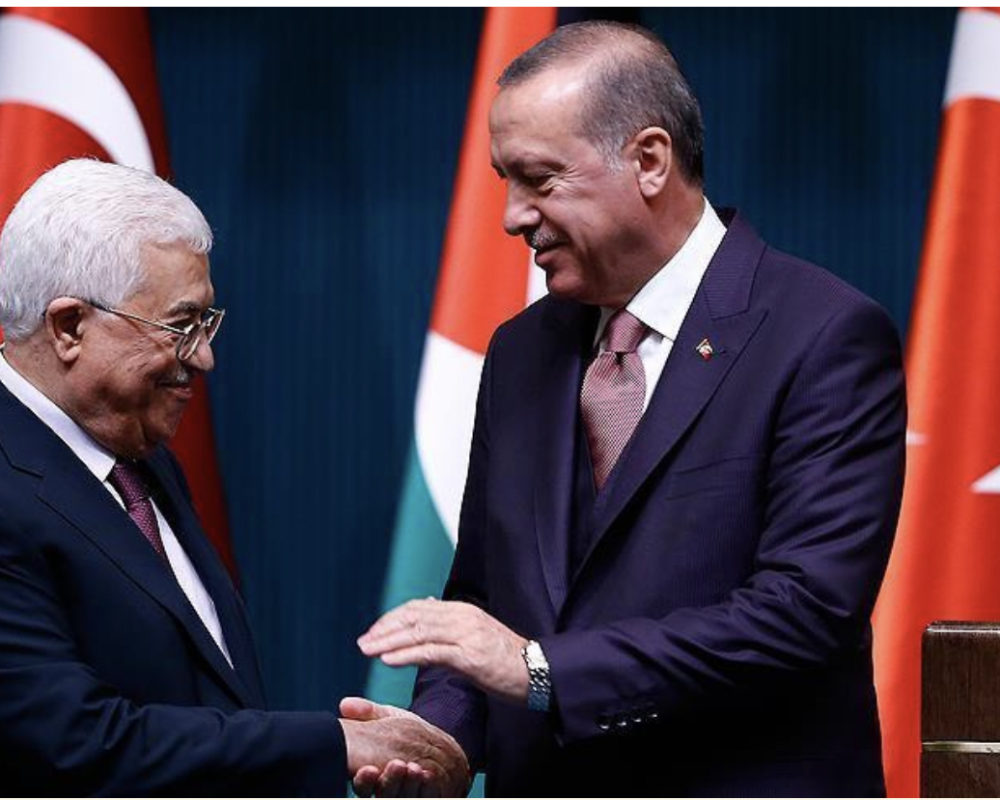 President Mahmoud Abbas received today a telegram of congratulations from the President of the Republic of Turkey, Recep Tayyip Erdoğan, on the 34th anniversary of the declaration of independence.

In the telegram, President Erdogan stressed the depth of the historical relations that unite the two countries and peoples.

He stressed that Turkey supports the establishment of an independent Palestinian state with East Jerusalem as its capital, and an end to the Israeli occupation.

The President of the Republic of Turkey wished President Mahmoud Abbas health and wellness, and that the people of Palestine would enjoy freedom and peace.