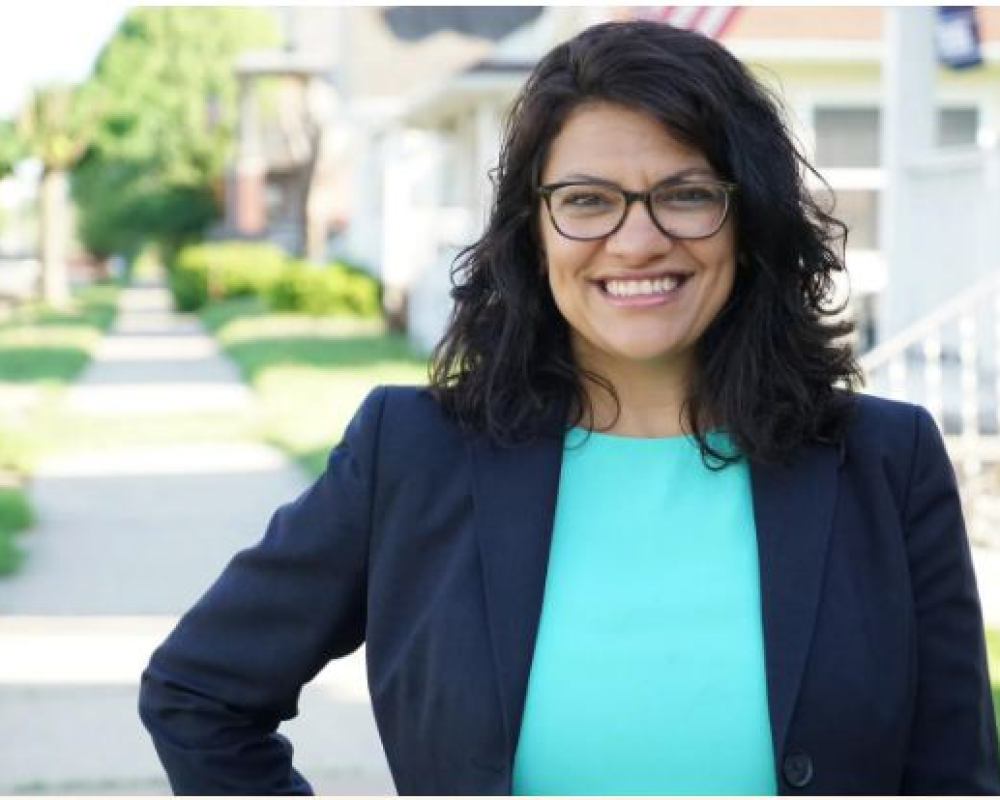 The Democrat Detroit native first won the seat in 2018 when she ran unopposed for the state's 13th Congressional District, becoming  the first Muslim woman to be elected to the US Congress.

Rashida Tlaib, 46, is the mother of two boys and the oldest of 14 children. She was born and raised in Detroit. She is the daughter of Palestinian immigrant parents. Her mother was born in Beit Ur El Foka, near the West Bank city of Ramallah. Her father was born in Beit Hanina, a suburb of Jerusalem. He moved first to Nicaragua, then to Detroit, where he worked on an assembly line in a Ford Motor Company plant.

Tlaib made history in 2008 by winning her race for State Representative and becoming the first Muslim woman to ever serve in the Michigan Legislature. She served three terms, rising to the Democratic Chair of the House Appropriations Committee.

She graduated with a law degree from Thomas Cooley Law School in 2004.