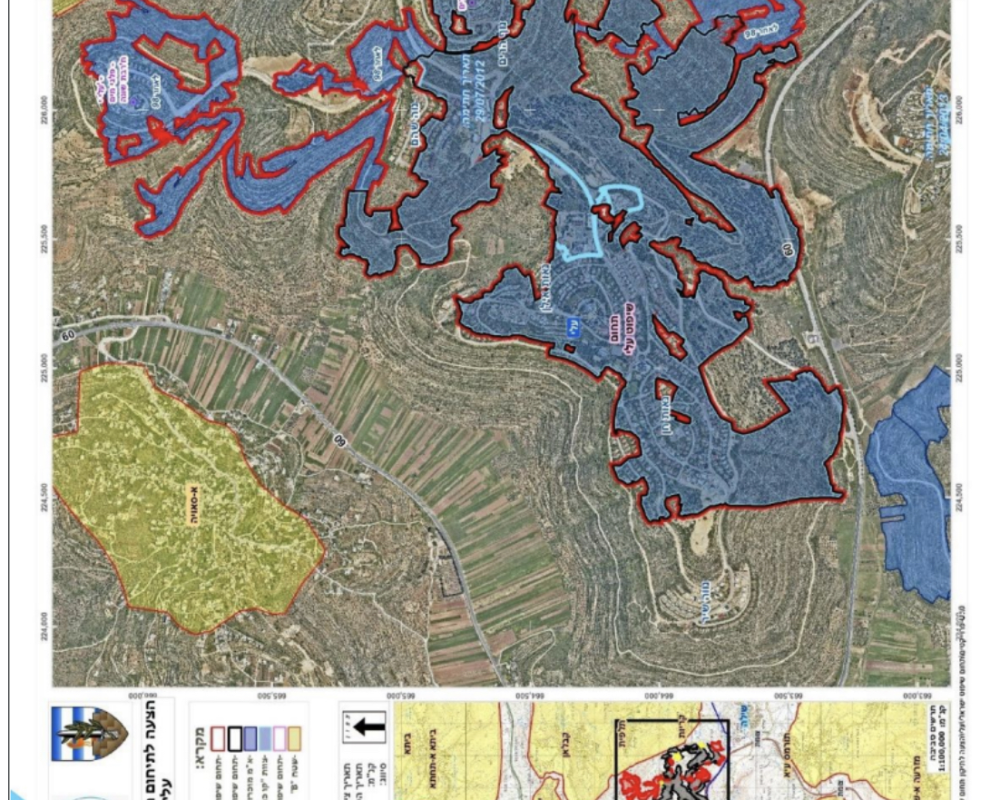 The Israeli occupation authorities today decided to seize large tracts of Palestinian land, south of the West Bank city of Nablus, according to a local activist.

Ghassan Daghlas, who monitors colonial settlement activities in the northern West Bank, said that the occupation authorities issued a military order expropriating some 616 donums of land belonging to the villagers of Qaryout, as-Sawiya and Al-Lubban ash-Sharqiya to make room for the expansion of the nearby colonial settlement of Eli.

He added that the colonial settlement of Eli started as a number of mobile homes at a hill in the area in 1984, and has ever since continued to expand at the expense of Palestinian villagers’ lands to become one of the largest colonies in the West Bank and reach Shilo settlement.

Over 700,000 Israelis live in Jewish-only settlements across occupied East Jerusalem and the West Bank in violation of international law.

The number of settlers has almost tripled since the Oslo Accords of 1993, when settlers’ number estimated 252,000. Illegal colonial settlements have leapt from 144 to 515 in that time.