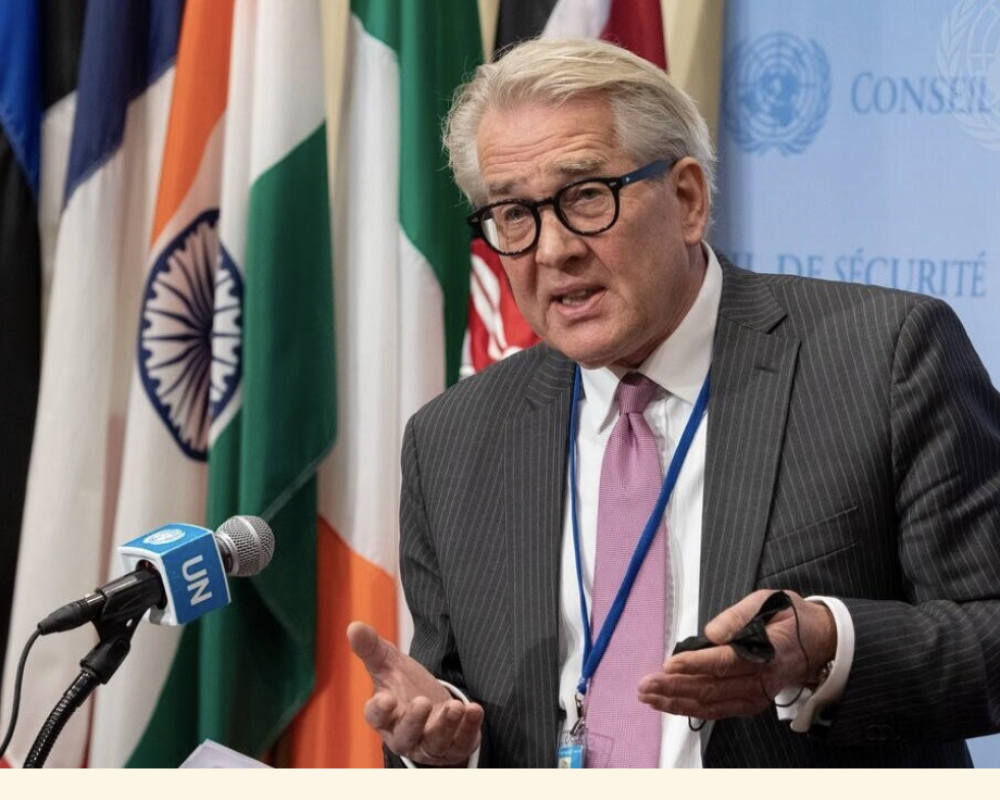 Speaking at the UN Security Council’s Open Debate on Palestine, he said, "Throughout the reporting period, settlers held numerous demonstrations across the West Bank, with protesters on multiple occasions blocking main roads, throwing stones and impeding movement for Palestinian residents."

He added that "too many people, overwhelmingly Palestinians, have been killed and injured in daily violence. Mounting hopelessness, anger and tension have once again erupted into a deadly cycle of violence that is increasingly difficult to contain."

Wennesland continued, "Tensions were particularly high around Nablus, where settlers impeded main routes for Palestinian residents and, on several occasions, groups of Israeli settlers entered the Palestinian town of Huwwara, south of Nablus, damaging Palestinian property and prompting clashes with residents, in some cases in the presence of Israeli Security Forces."

"During the reporting period, Israeli authorities demolished, seized or forced owners to demolish 38 Palestinian-owned structures in Area C and three in East Jerusalem, displacing 81Palestinians," the UN official added. "The demolitions were carried out due to the lack of Israeli-issued building permits, which are nearly impossible for Palestinians to obtain."

He urged the world countries to make all efforts to strengthen the Palestinian Authority and build towards a return to a political process, as "failure to implement strategies to address both the symptoms and the root causes of violent escalation will only worsen an already explosive situation."

Ahead of mandate renewal, allies of UN Agency for Palestine Refugees seek to turn resounding political support into sustainable funding