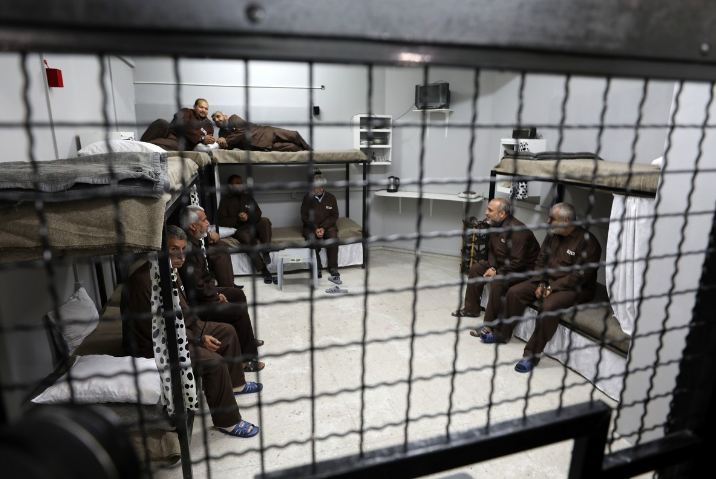 By the end of August, Israel is holding 4650 Palestinian freedom fighters in 23 prisons, and detention and interrogation centers, including 32 women, 180 minors, and 743 held in administrative detention without charge or trial, today said the Palestinian Prisoner Society (PPS).

It said there are 600 sick prisoners that need medical attention, including 23 suffering from various degrees of cancer.

The PPS said the prisoners include 25 held since before the signing of the Oslo Accords in 1993, two of them, Karim Yunis and Maher Yunis, arrested in 1983 and have been in prison continuously since then, while others were released in a prisoners’ exchange and then re-arrested.

It said 551 freedom fighters are serving one or multiple life terms, the longest is Abdallah Barghouti who was sentenced to 67 life terms.

The PPS also said 231 Palestinians have died while in prison since the occupation started in 1967, corpses of nine of them are still held by the Israelis in order to use as a bargaining chip in any future prisoner exchange.