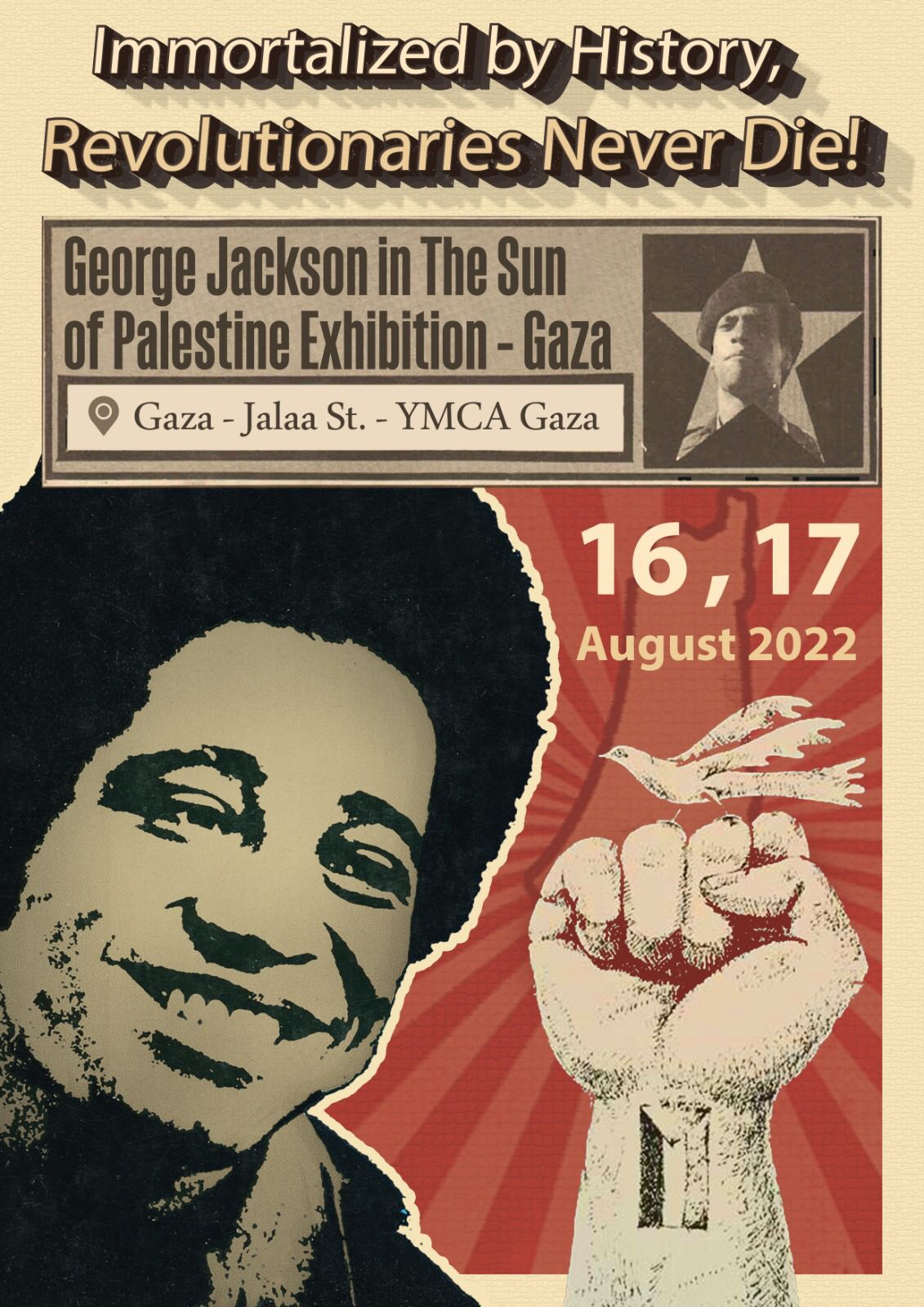 Recently, in the middle of August, the YMCA-Gaza hosted the “George Jackson in the Sun of Palestine”exhibition.

The event came on the 51th anniversaryof the martyrdom of the international revolutionary, George L. Jackson, the Black Panther Party FieldMarshal who was assassinated by San Quentin prisonofficials of the U.S. government on August 21st, 1971.

The exhibition included posters, paintings,photography, and letters, for example, along withmany covers of Jackson’s published books translatedinto different languages from around the world. Additionally, pictures of George’s funeral (or“revolutionary memorial service”) as well as a fewcovers of the Black Panther newspaper were featuredon the exhibiton walls.

This event was held over on two days: August 16th and 17th. Hundreds and hundreds of Gazan people came to witness the event, perhaps one thousand intotal.

This extraordinary number of attendees isespecially impressive in light of the harshcircumstances the people of Gaza are now enduringafter the last vicious Israeli attack on the Gaza Strip.That attack forced a postponement of the originalexihibtion opening from August 9th to August 16th.

Importantly, this was the first time such an event has been organized in Gaza.

The exhibition initiallyopened in the West Bank and Jerusalem at the AbuJihad Center on the Abu Dis campus of Al QudsUniversity (on October 20, 2015). It has travelledmany places since then (such as Oakland, California; Vienna, Austria; Ghent, Belgium; Amman, Jordan, after moving across historic Palestine itself). It waslast hosted by the African Community Center in theOld City of Jerusalem.

A border-crossing exhibition, “George Jackson in the Sun of Palestine” was curatedby Greg Thomas. The arrivals of this “rebel expo” inGaza was directed locally by author and independentscholar, Muhammad Jihad Ismail.

Christian Evangelists carry out destructive activities for the benefit of settlers