Elias Halabi : ‘People are treasures, sometimes you need a picture to shed the light on them’ 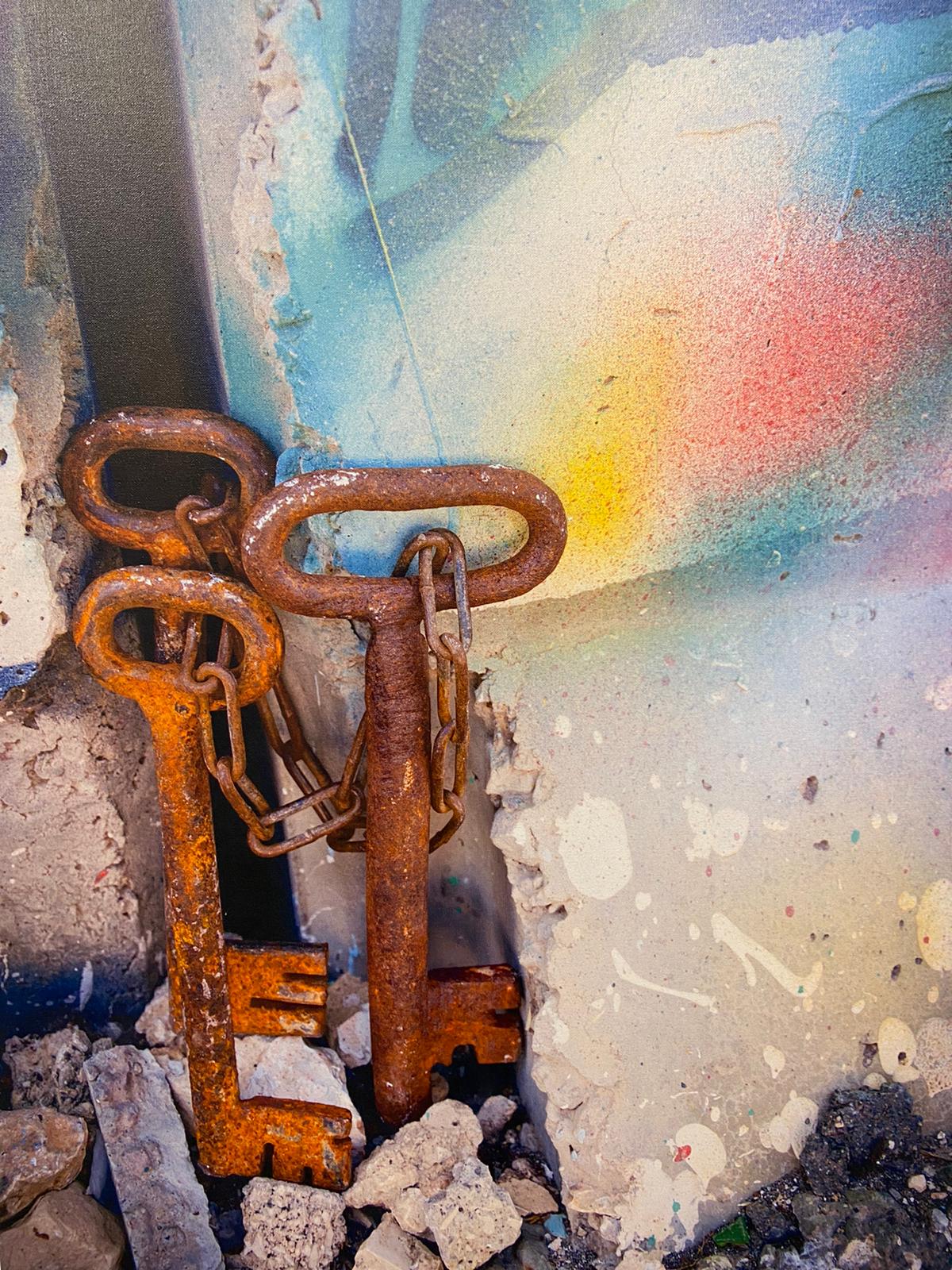 Elias Halabi is a Palestinian photographer born in Jerusalem in 1984, aiming at telling Palestinians’ everyday life stories through his pictures.

After obtaining a BA in sociology/psychology, and a professional diploma from Italy in the management and preservation of artistic cultural heritage, Elias understood that, from abroad, Palestine’s history was misunderstood or only perceive through the prism of the Israeli-Palestine conflict: “Every time I was talking about Palestine, people did not really imagine what Palestine was about”.

Therefore, once he came back to Palestine, he started to photograph everyday life moments of Palestinians in the West Bank. One of his favorite projects was “Bethlehem between sight and insight”. “It was a collective of pictures of Bethlehem, a mix of people who did something for the city such as artists” During this project, Elias was able to shed the light on deep stories of citizens of Bethlehem and their work for society. “I want to reflect the good stories and good memories, (…) People are treasures, sometimes you need a picture to shed the light on them”.

“As I said, Palestine is like the two faces of a coin: most journalists and photographers are focusing on the political sight, the conflict, the settlements, the occupation. Me I wanted to show the other side of Palestine”. For this reason, Elias takes the time to get to know the people he photographed, giving a sense and a story to his pictures. His approach to photography is a documentary approach that respects human dignity and does not reduce any human being living in the political context surrounding them. When Israel started to build the wall in 2002, it really impacted the daily life of the photographer, as his house was standing in front of him

. “The first thing I used to see every day I woke up, was the wall, I saw my neighborhood disappearing’. In 2010, he then started to take pictures of the wall and posted them on the Facebook page ‘Art of Resistance”.

However, this page was censured as it concerned the conflict. After that, he started to take pictures and share stories of people living around the wall. He kept doing this until he found a small crack in the wall, through which he could perceive what was going on behind the wall “I put the focus of the camera exactly where the crack was and I was surprised to see my neighbors”.

That is how the idea of the project ‘Behind the wall there is a house was born. “The picture that I hate the most is the one with a settler laughing, he cannot see me but I can see him.’ Through this exhibition, Elias is not only trying to depict the wall and its graffiti and art on it: he wants to shed the light on the life around the wall, and how the wall has transformed the lives of citizens around it. “I hope the wall will be down, as history teachers say, nothing is impossible. I hope one day we will get our land back, our olive trees back”.

Therefore, his exhibition ‘Behind the Wall is a House’, currently in the Walled Off Hostel, is an attempt to breach the apartheid and have a glimpse of life on the other side. Many pictures as particularly significant as they are composed of symbolic objects, such as the key of the home of the refugees who are still hoping to get back to their land or even the empty chair, a symbol of peace that still does not exist in Palestine.

For Elias, photography is “reflecting stories, and for me, it is a responsibility more than anything else. When people see the pictures, they get to know more about Palestine, its culture, and its heritage”’.

His exhibition is currently available at The Walled Off Hotel, next to the wall of Bethlehem.

Blue Stone : a recycling initiative in Palestine to raise awareness against climate change