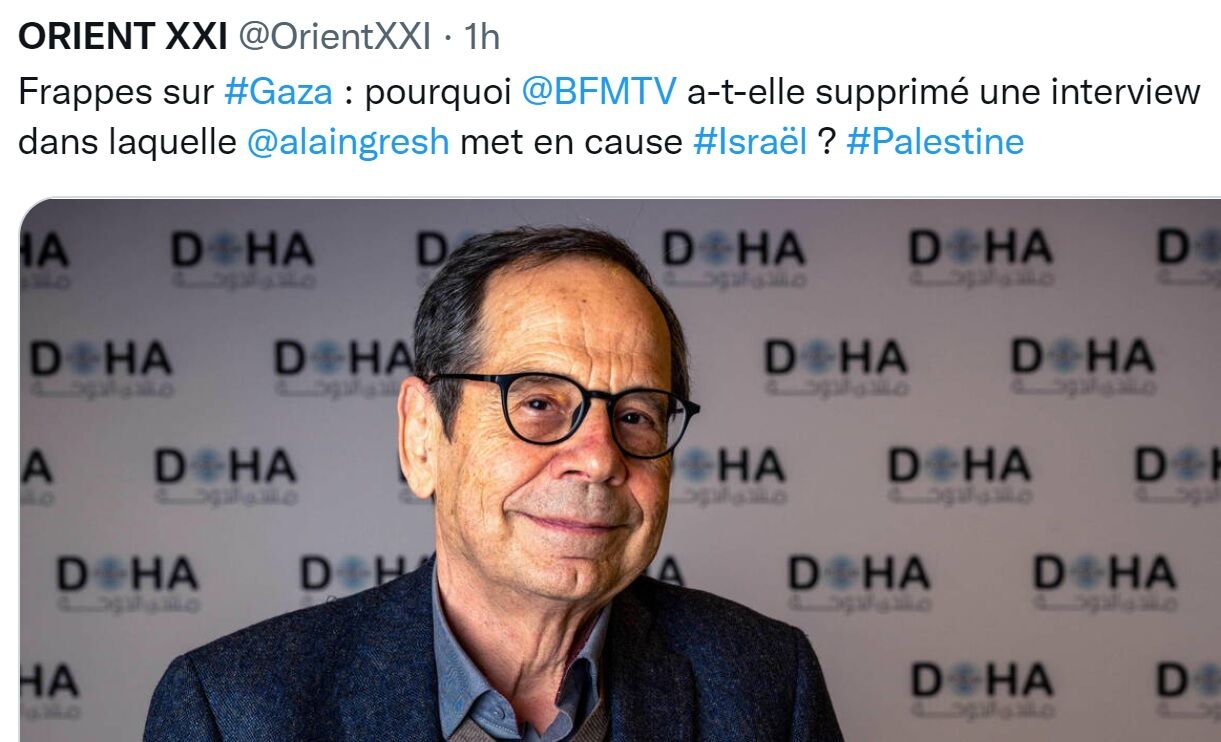 He was discussing the Egyptian-mediated ceasefire between Israel and Palestine. During the interview, he asserted that "we must remember that this escalation has been triggered by Israel, without Israel - at the time it conducted its operations - having suffered any attack.".

BFMTV published the two-minute clip in which Gresh made these comments on its website, but the journalist later tweeted that the segment had been removed.

The deletion of the video has provoked numerous reactions online, with some people expressing surprise at what has been considered as "censorship" by BFMTV. It has been said that the main reason for this deletion was that Alain Gresh was considered "too critical of Israel".

For its part, the channel BFMTV confirmed that "the entire segment is obviously available on RMC BFM PLAY and therefore accessible to anyone". However, the specific extract is no longer available : according to Francois Raineteau, the director of communication of Altice France, the group owner of the 15th channel of the DTT (Digital Terrestrial Television), the extract was withdrawn in order to "avoid any manipulation" because it was "truncated, not whole".

Raineteau added that there is "no censorship on BFMTV" and that "all opinions and all parties to the conflict are present on air, in interviews or in stories, as well as on our site".

Gresh appeared on BFMTV again on Monday to discuss the ceasefire and whether it would hold.

Jordan introduces pre-booking for users of the King Hussein Bridge