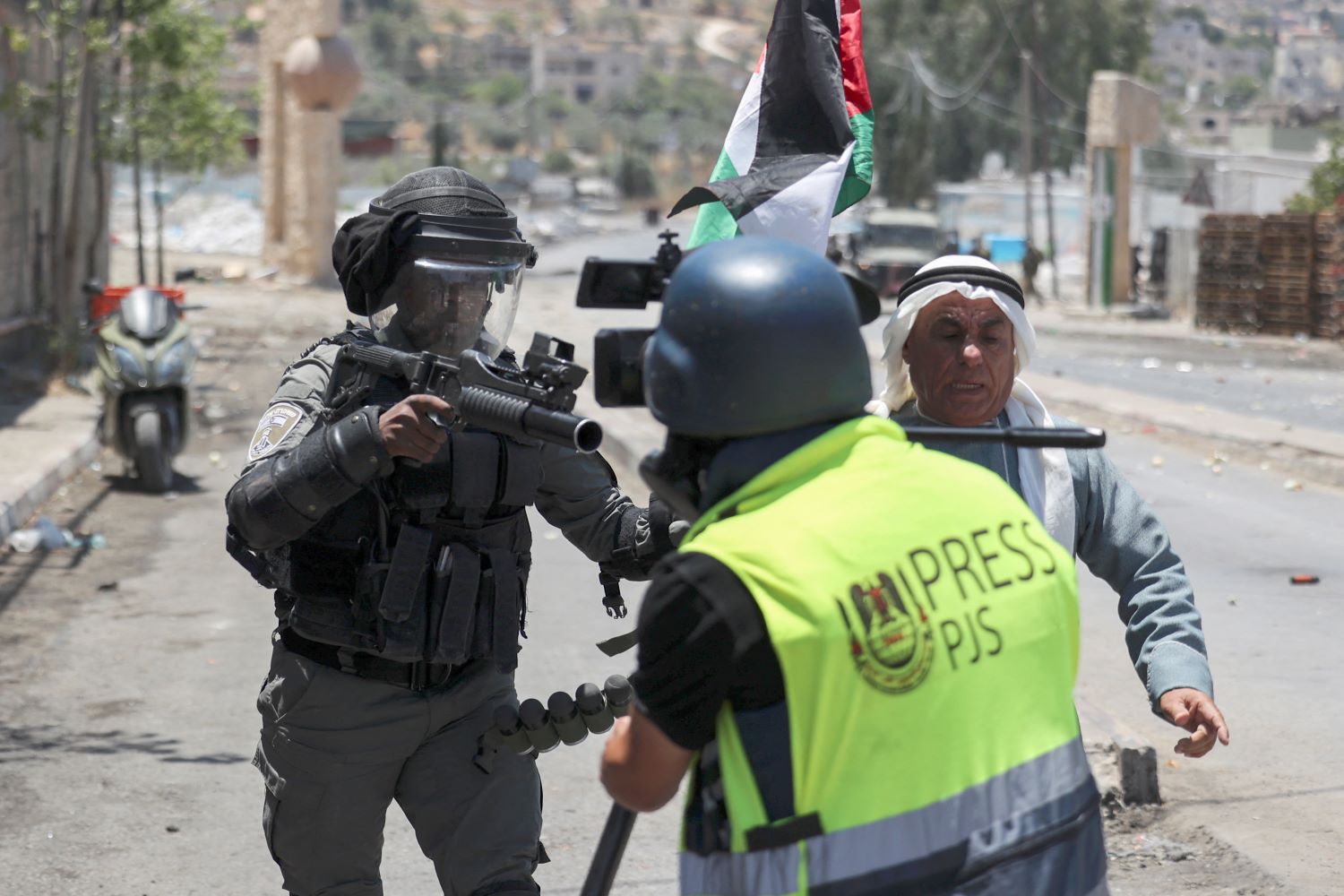 As Israeli' strikes have reached a radio station in the West Bank city of Nablus, the Palestinian Journalists Syndicate (PJS) has called for international protection in order to ensure the security of journalists in the occupied Palestinians territories.

The office of Shabab FM radio station has been hit by three bullets, which threatened the life of the workers there. According to Wafa News Agency, the bullets might have been triggered by a sniper, who was targeting the ninth floor of the building where is located the studio of the radio.

According to the Palestinian Journalists Syndicate, Israel committed 66 violations against journalists in July. Therefore, the latter union has renewed a call for international protection and  called on the United Nations to provide protection to journalists by implementing resolution 2222 on the protection of journalists in occupied areas. Issued in 2015, the Security Council Resolution 2222 condemns all violations and abuses committed against journalists. It affirms that a free media constitutes one of the essential foundations of a democratic society, and can contribute to the protection of civilians. According to the union, Israel targets journalists intentionally, despite them wearing vests and helmets which identify them as media personnel.

Adding to the shooting of the radio station, an Israeli army incursion into the old city of Nablus in the northern West bank and the encirclement of a home resulted in the injury of 30 Palestinians.

Egypt as a mediator in recent Israeli-Palestinian altercations