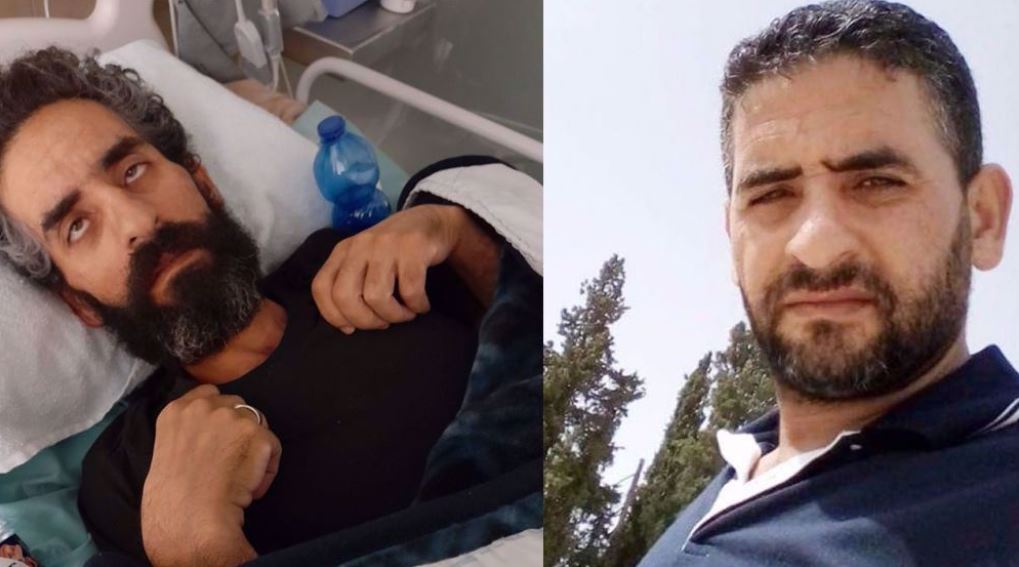 Jerusalem/PNN/ The International Committee of the Red Cross (ICRC) has expressed serious concern about the fate of Palestinian prisoner Hisham Abu Hawwash, who has been on hunger strike for 139 consecutive days in protest against Israel’s so-called policy of administrative detention. In a post on its Twitter account on Sunday, the ICRC said it continues to visit the 40-year-old Palestinian inmate and is “gravely concerned” about his deteriorating health condition, adding that from a medical perspective, he is in urgent need of clinical monitoring after being on an open-ended hunger strike for 139 days, Palestine’s official Wafa news agency reported. “Every effort must be made to find a solution to avoid irreversible health consequences and possible tragic loss of life... Every detainee must be treated humanely and with dignity,” the ICRC said. Abu Hawwash, a father of five children, was arrested in October 2020 and held in an Israeli jail under the so-called administrative detention, a form of imprisonment in which the individual is never tried and can be held indefinitely. He is one among several other hunger-striking Palestinians who are demanding an end to their detention without charge or trial. The Palestinian Prisoner's Society (PPS) attorney, Jawad Boulos, has already said the doctors have confirmed that Abu Hawwash is facing the risk of sudden death at any moment. The Palestinian Commission of Detainees’ and Ex-Detainees’ Affairs has also said the health condition of Abu Hawwash has reached a critical stage and could face irreversible health consequences at any moment, calling for his immediate release. Last Sunday, the Israeli occupation authorities issued a decision to freeze the administrative detention order against Abu Hawwash. However, his lawyer said the Palestinian inmate had decided to continue his hunger strike despite his deteriorating health condition until the order is canceled. According to the PPS, the freezing decision does not mean ending Abu Hawwash's administrative detention in any way but rather means that the Israeli Prison Service (IPS) and Israel's internal spy agency Shin Bet are no longer responsible for the hunger-striking prisoner's life and fate. Palestine urges Intl. community to force Israel to release Abu Hawwash In a related development on Sunday, the Palestinian Foreign Ministry urged the international community to press Israel to release Abu Hawwash, who is in a critical condition as a result of his prolonged hunger strike in protest at his indefinite, unfair, and unexplained imprisonment at the hands of Israel. In a press release on Sunday, the Palestinian Authority's Ministry of Foreign Affairs and Expatriates held the Israeli regime fully responsible for Abu Hawwash’s life and its deliberate disregard for his health condition, calling for an end to Israel’s unjust policy of administrative detention. The ministry further pointed out that it has reached out to all relevant international organizations to press for an immediate release of Abu Hawwash in light of his current health condition.

More than 7,000 Palestinians are reportedly held in Israeli jails. Hundreds of them have appeared in "administrative detention". Some prisoners have been held that way for up to 11 years. Palestinian detainees have continuously resorted to open-ended hunger strikes in an attempt to express their outrage at the practice.

Over a dozen Palestinian lawmakers and nearly 20 journalists are also held in Israeli detention centers, several of them under the same detention policy. In 2015, Israel approved a law that authorizes force-feeding Palestinian prisoners on hunger strike, a practice rejected by the UN as a violation of human rights. The United Nations and the ICRC, as well as many human rights groups, have frequently expressed serious concern about the hunger strikers' health condition and call for their immediate release.

As 2022 dawns, Hisham Abu Hawash on the 138th day of the hunger strike