Collective punishment on the way to school: The task of IOF

As groups of children were passing the checkpoint in both directions to reach their schools, a few children ran up to the checkpoint throwing pebbles at the big metal structure. These children were immediately stopped by Palestinian adults and shortly after ran off. Despite the fact that the checkpoint is fenced off with metal and it is therefore impossible to actually hit anyone, the Israeli forces immediately came out of the checkpoint-box, as the children ran away.The soldiers immediately locked the turnstiles, the one leading into the checkpoint box and the one allowing people that have passed the checkpoint to go out onto the street. Three boys, after having passed the metal detector, were locked inside the checkpoint, as soldiers prohibited them from passing the turnstile, keeping it locked. When asked by ISMers to allow the boys to leave, a female soldier told them that she’s ‘doing her job’, and they will have to wait till everything is over. This was after the boys throwing the stones had already left the area. She refused to let the boys go even though they clearly were not involved–insisting that it was ‘her job’. This constitutes a form of collective punishment illegal under Art. 33 of the Fourth Geneva Convention and is considered a war crime. 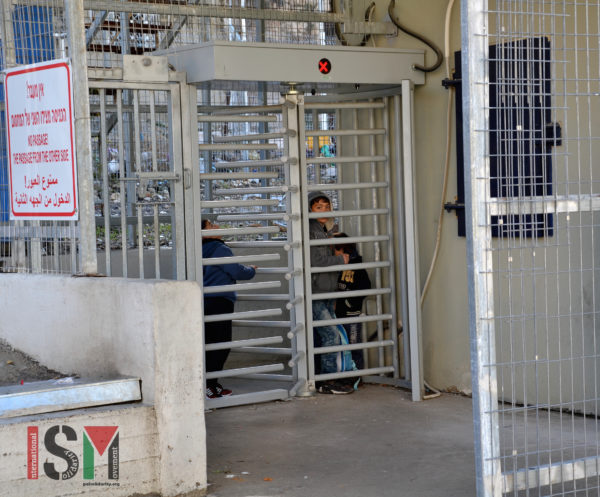 Shortly after, people were gathering at the turnstile at the entrance to the checkpoint. A total of two men, two school-boys and one school-girl were trapped on this side of the checkpoint. When they asked the soldiers to open, they were yelled at and told to ‘shut up’. Several left, but others patiently waited for the Israeli forces to allow them in – one by one only, a process that goes very slowly. 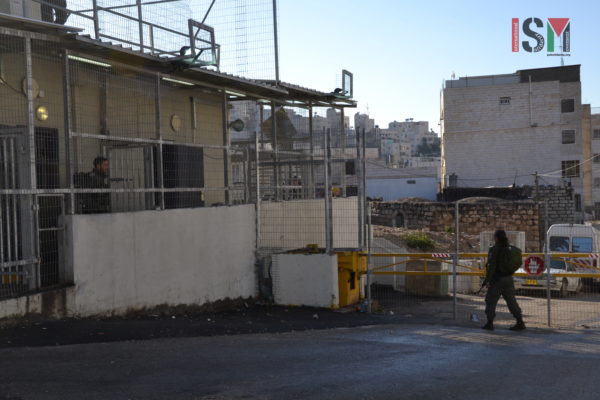 Several Palestinian are standing in line at the entry of the checkpoint, as Israeli forces stand by and deny them the right to pass. 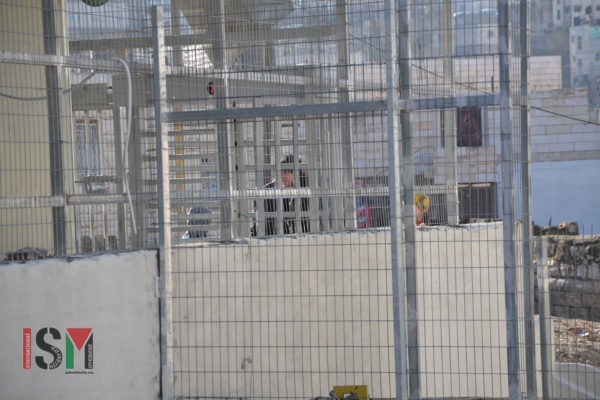 Palestinians trapped at the locked turnstile as Israeli forces refuse to open. The checkpoint is the only possible way for Palestinians to reach the other side, always at the mercy of the occupying forces.

Shortly after, a group of Israeli forces went through the gate at the checkpoint, walking towards the cluster of schools located behind the checkpoint. 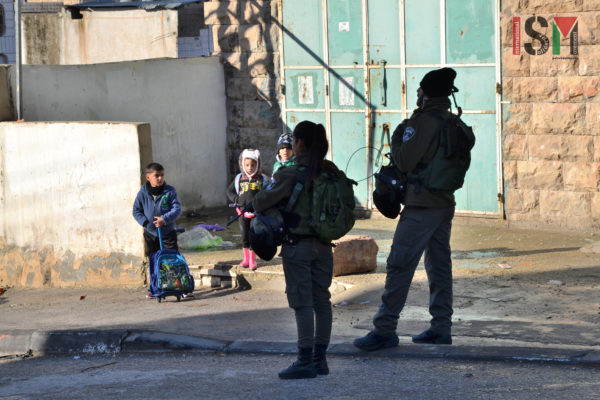 A group of Palestinian school children waiting for their school-bus, as the heavily-armed Israeli forces stand by watching a group of children outside their schools. 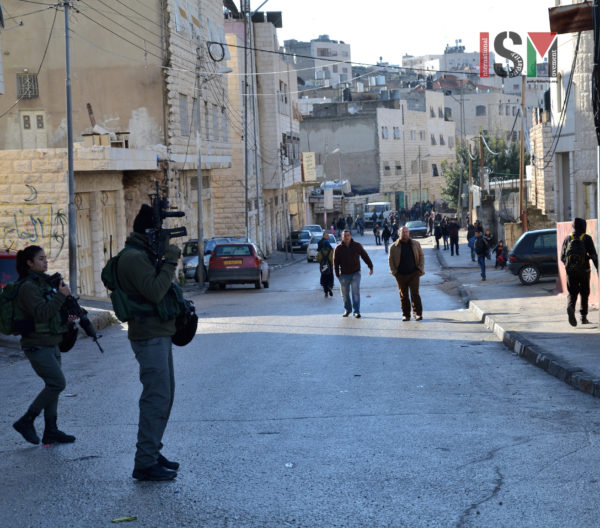 Israeli forces watching school-children as they go to school.

The soldiers pointed their live-ammunition assault-rifles several times at school-children: a form of intimidation used on school children regardless of their age. 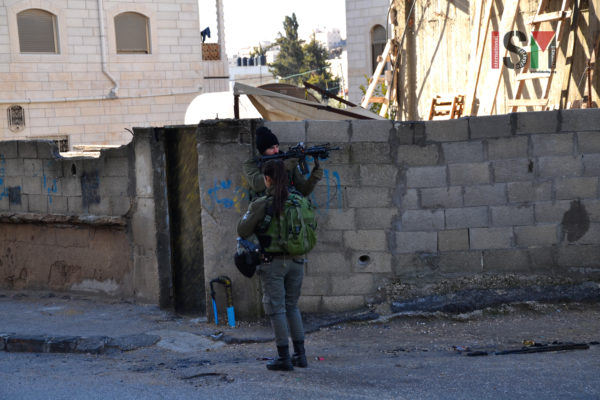 Israeli forces pointing their guns and aiming at school-children.